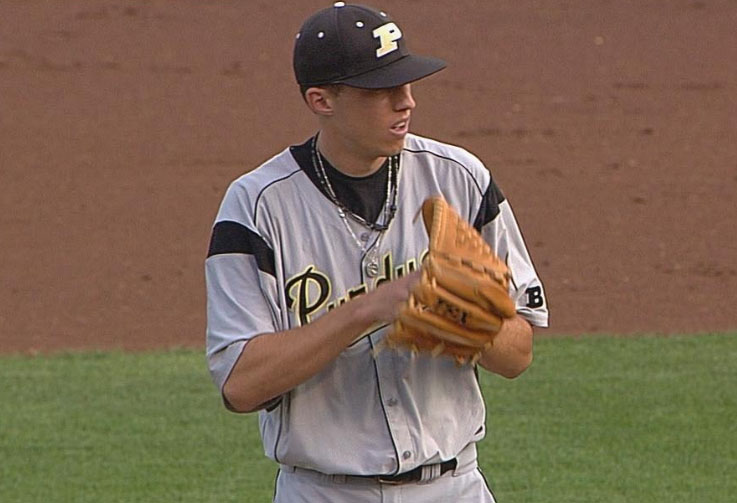 One day after winning the school's first Big Ten tournament title and, in the process, earning the conference's automatic bid to the NCAA tournament, Purdue was selected as one of 16 NCAA Regional hosts, it was announced Sunday. The Boilermakers (44-12), who also won the Big Ten regular-season crown, will host the four-team regional Friday-Sunday at U.S. Steel Yard in Gary, Ind. Lambert Field, Purdue's home, and Loeb Stadium in Lafayette, Ind., did not meet NCAA requirements, so the regional moves to Gary.

The entire 64-team field will be unveiled at noon ET Monday on ESPNU.

"We are very excited to have the opportunity to host an NCAA Regional in Gary next weekend," Purdue head coach Doug Schreiber said in a release.

[Relive all of our 2012 Big Ten Baseball Tournament coverage]

Purdue is making its second NCAA appearance, the only other time coming in 1987, when it competed in the NCAA Regional in Starkville, Miss. The Boilers are the fifth Big Ten team to host an NCAA Regional, with Michigan (six times, most recently 2008), Michigan State (1979), Minnesota (1977 and 2000) and Ohio State (1999, 2001 and 2003 Super Regional) doing so previously. Nebraska also hosted a Regional on multiple occasions before joining the Big Ten.

According to PurdueSports.com, tickets will be on sale through the RailCats ticket office beginning Tuesday. Walk-up ticket sales on each day of the Regional also will be available.

Maybe if Purdue is picked to host a future NCAA Regional, it can do so in West Lafayette. Alexander Field, which opens in 2013, sure looks the part. Watch a video of the new stadium below: