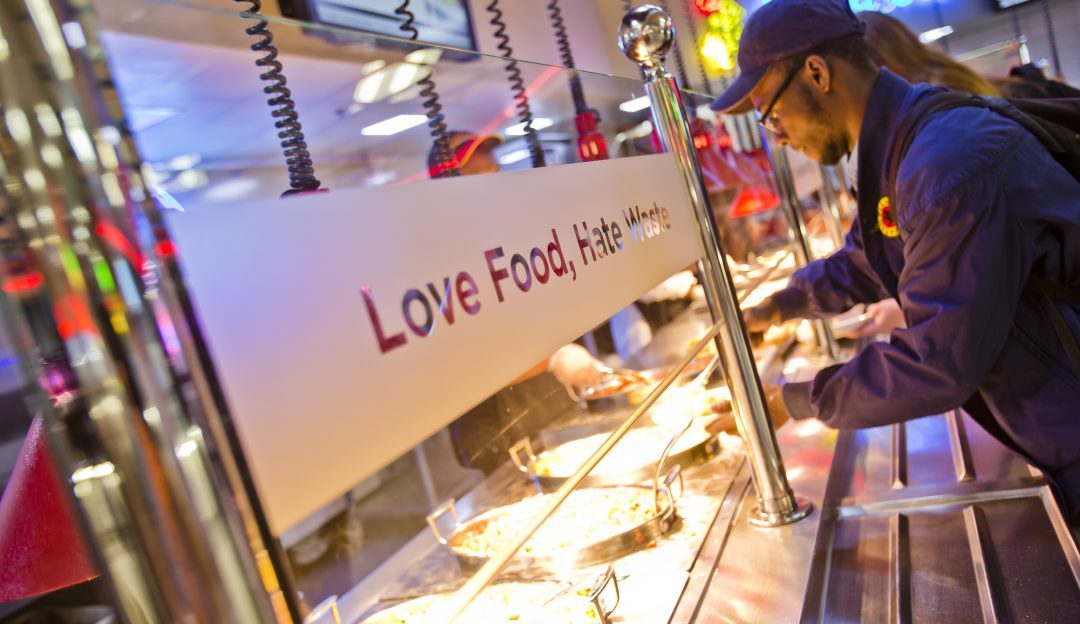 In August, the University of Maryland became the first university to sign on to the Cool Food Pledge, a new initiative dedicated to helping food service facilities cut food-related greenhouse gas emissions 25 percent by 2030.

Individuals can help address climate change by decreasing meat consumption and adding more plant-based foods to their diets, according to a 2019 UN report. That?s where the Cool Food Pledge comes in.

UMD Dining Services has already shown a commitment to sustainable practices. An on-campus farm supplies local produce, the Food Recovery Network helps limit food waste, and the department participates in Menus of Change, a collaborative effort to serve healthy and sustainable foods. The Cool Food Pledge is a natural fit.

?We serve a lot of food, and we also have a campus full of students that are very passionate about climate action,? says Allison Lilly Tjaden, Assistant Director of New Initiatives with UMD Dining Services. ?So, an initiative that will pull those together but also work alongside such a broad group of stakeholders in the food system was really exciting to us.?

A primary focus of the Cool Food Pledge will be to introduce plant-forward foods in the dining facilities and highlight ones that are already there. With 27,000 to 30,000 meals served per day on campus, that?s a lot of opportunity for impact.

?A lot of the dishes that we?re talking about are on the menu already,? says Tjaden. ?And so, what we?re learning - in conversations with our students and also with support from the World Resources Institute - is that there are things we can do that leverage items that are maybe already available by making them more prominent and getting people more excited about them.?

Tjaden envisions setting up sampling stations for plant-forward items and bringing chefs out to talk about them. Some of these implementations will roll out over the next year, but much of the research and planning is still taking place.

?This semester has really been about engaging with our students to help us in starting the planning process for what?s going to be a 10-year program,? says Tjaden. ?We?re charting the course this year and beginning the action as we are looking into 2020 to have our concrete steps about how we?re going to start whittling down on those carbon greenhouse gas emissions.?

Students have indeed been instrumental in the planning process. For example, ten students in an environmental science and policy capstone class have worked with Dining Services to design a draft implementation plan for the Cool Food Pledge. A group of PhD students formed a project team to explore potential health benefits. And, students from seven ongoing projects recently presented their work at a student sustainable food symposium.

?I think the thing I?m most proud and excited about is just the depth and the scope of our student participation,? says Tjaden. ?The fact that we have students who are so passionate about food and about sustainability that, not just one of them but many of them, are taking on these projects ? is really exciting to me because it is inspiring. Some of the best ideas come from them.?

Still, it?s not all research and planning. Tjaden is looking forward to rolling out some exciting new dishes very soon.

?I do think in the coming months, we will have some snazzy new items,? she says. ?Because you do need that kind of energy. We?re really excited.?