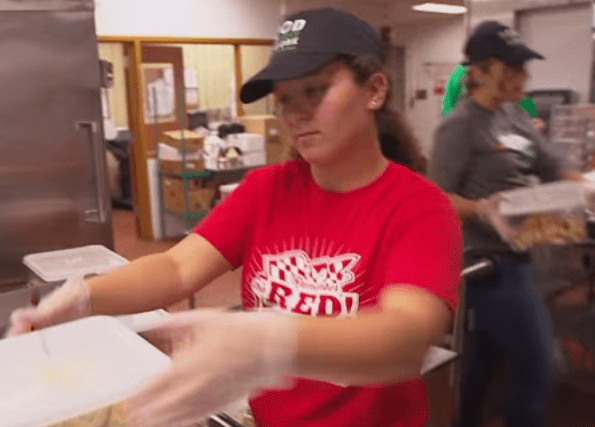 Few organizations have grown as much and as quickly as the Food Recovery Network (FRN). Founded by students at the University of Maryland in 2011, today it?s a powerhouse with a nationwide presence.

?We?ve become the largest student movement against hunger in America,? said Ben Simon, co-founder and executive director of FRN. ?We started about three years ago and are now at almost 100 colleges across the country. Food Recovery Network?s chapters all across the country have donated over 420,000 pounds of food, which amounts to over 360,000 meals to hungry Americans.?

That expansion is especially impressive given that FRN was founded on a seemingly unappealing idea: college kids? leftovers. But Simon is quick to point out that people in need aren?t getting pizza crusts or mystery meals in Styrofoam containers at the back of students? refrigerators.

?When we talk about surplus food, we?re not talking about the student who orders a sandwich, eats half of it and throws the other half away,? he said. ?We?re talking about the food that has been prepared that day, but has not been served yet to the students. When you?re serving thousands of students every single day through dining services, it?s hard to not generate any surplus.?

[btn-post-package]As described in a BTN LiveBig story last year, FRN got its start when Simon and a few other students realized how much food was actually being wasted at university dining halls on Maryland?s College Park campus every day. The concept caught on so successfully that FRN repositioned itself as a national organization just two years after it was founded.

It?s a good thing it?s expanding, because the challenge of hunger in this country continues to loom large.

?One in six Americans struggles with hunger, and at the same time, 40 percent of America?s food goes to waste,? Simon explained. ?Food Recovery Network helps to close the gap by taking surplus food and donating that to hungry Americans.?

Watch the one-minute video above to learn more about how Maryland students came together to start FRN.