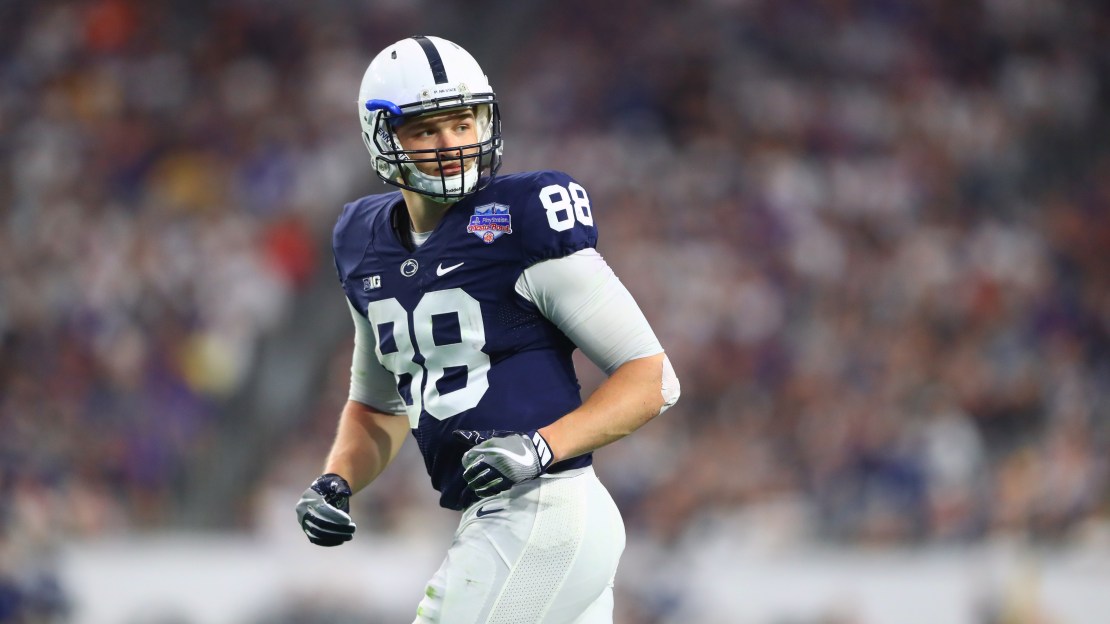 Eight former Big Ten stars were selected in the second and third rounds of the 2018 NFL Draft on Friday night.

The conference enters the final day of the draft (Round 4-7) with 12 players off the board, headlined by No. 2 Saquon Barkley (New York Giants) and No. 4 Denzel Ward (Cleveland).

See all of the Big Ten's Round 2 and 3 selections below.

The Midway just got another Monster. ?

The @ChicagoBears upgraded their offensive line by bringing in the big man in the middle: @jamsdans. pic.twitter.com/E11xGGUxoT

As @PennStateFball fans can attest, the @MiamiDolphins are getting some elite hands, an explosive athlete and an exceptional TE in @mikegesicki. pic.twitter.com/Iz38l0ijD1

What can the Pack expect out of @JJackson15_? Picks. ?

The @packers got a playmaker in the former @HawkeyeFootball star: pic.twitter.com/mg7zImn2OY

Congratulations on being drafted by the @Colts, @Kturay_58!

The @RFootball star had a hand (literally ?) in the program's first B1G win as a member of the conference: pic.twitter.com/OxAx8LSD7j

Congratulations on being drafted, @PrimeTime_Lewis! And congrats on sharing this journey with a special family.

The @OhioStateFB star is heading to the @Colts: pic.twitter.com/4s8jAl3rLl

The @MiamiDolphins like what they see out of @B1Gfootball, apparently. ?

They just picked their second Big Ten player of the night (? @mikegesicki), and South Beach got a BEAST in @OhioStateFB's @Lastname_Baker: pic.twitter.com/EVN7beDcj6

Another Buckeye to the @Bengals!

Congrats on being drafted by the @AZCardinals, @MasonCole52! The @UMichFootball OL is headed west: pic.twitter.com/6Sip463N4g