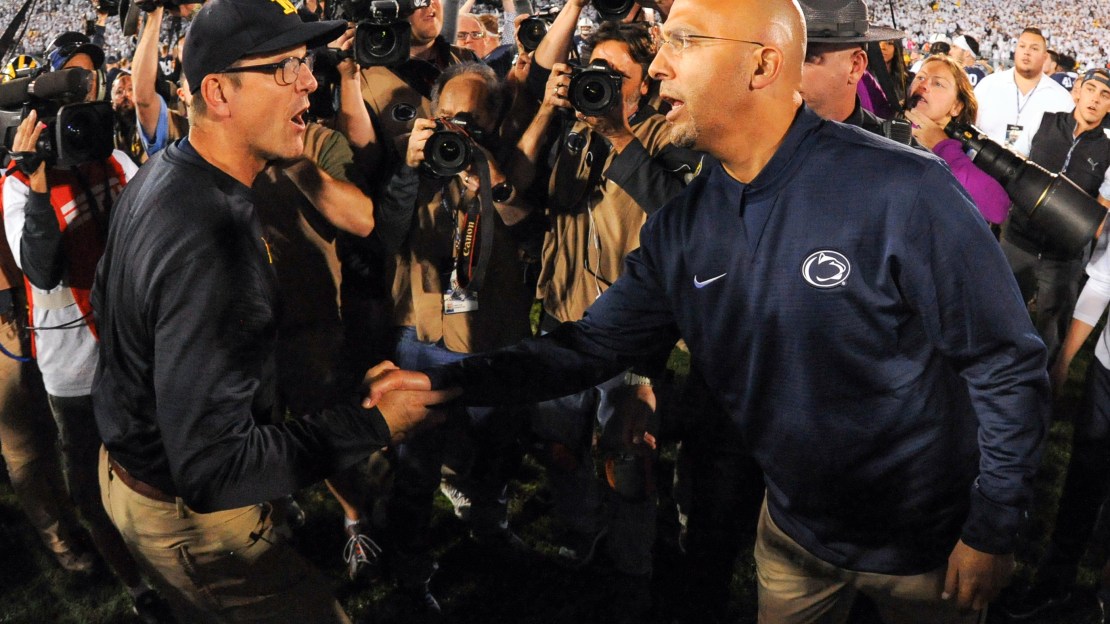 Penn State made a loud statement vs. Michigan and remains king of the hill, setting up a showdown at Ohio State this Saturday. The fast-riser? Rutgers, winners of two-count ?me-two games in a row and owners of the same Big Ten record as Michigan: 2-2.

Get my latest Big Ten Power Rankings, presented by ArcelorMittal, below.

2. Wisconsin (7-0, 4-0). The Badgers biggest opponent is themselves. Stay hungry. Stay motivated. Stay focused.
Last week: 2
Up next: at Illinois

6. Northwestern (4-3, 2-2). The Wildcats got a much-needed win vs. Iowa. This is an underrated defense.
Last week: 8
Up next: Michigan State

8. Nebraska (3-4, 2-2). The Cornhuskers were off. Maybe the time off will allow Nebraska to regroup for a strong finish.
Last week: 10
Up next: at Purdue

11. Purdue (3-4, 1-3). The offense is inept, scoring one TD in the last two games. How will the Boilermakers respond to the numbing loss at Rutgers?
Last week: 7
Up next: Nebraska