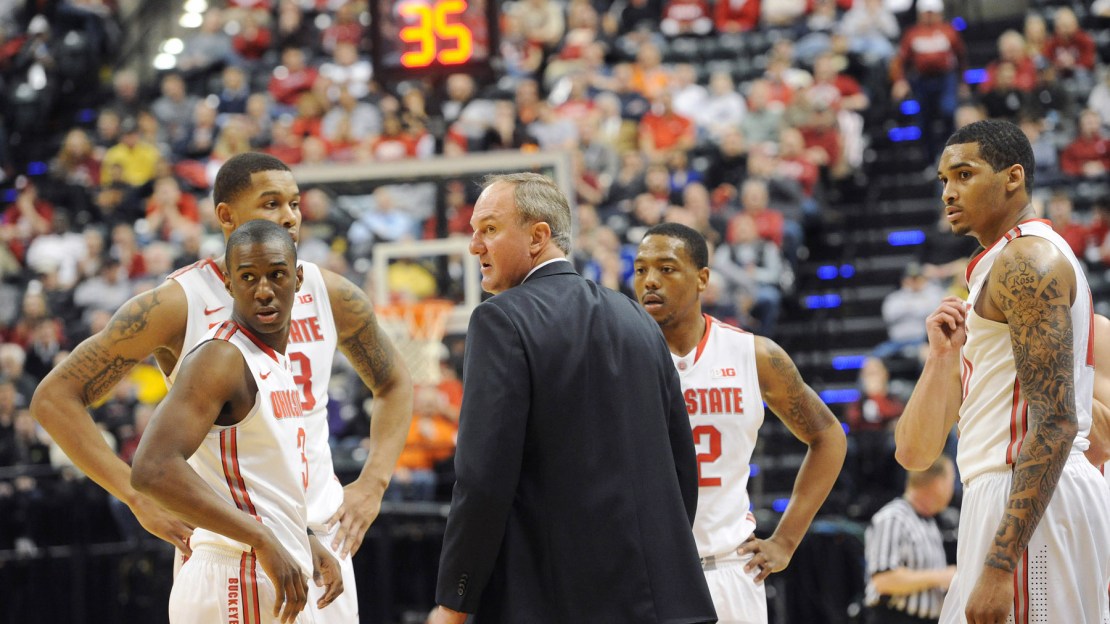 In 2004, Thad Matta took over an Ohio State program that was 14-16 the previous season and was serving a 1-year postseason ban. He hit the ground running in his 1st season, finishing 20-12 and upsetting undefeated Illinois on the final day of the regular season. It was the first of 12 straight 20-win seasons for the Buckeyes under Matta. He won 74 percent of his games in Columbus, which was the highest by any Big Ten coach with a minimum of 10 seasons spent in the conference.

Matta made the Final Four in 2012 as well, which was also the last time his Buckeyes won the conference. He is the 10th Big Ten coach and the 4th in the last 50 years to make multiple Final Four appearances, joining Tom Izzo, Bob Knight and Bo Ryan. Things haven?t gone as well for Matta following that season. They dropped in the Big Ten standings each season and failed to make the NCAA Tournament in the last 2 seasons, something that hadn?t happened at Ohio State since a 3-year stretch from 2003-05.

You could see the drop off in productivity when it came to having All-Big Ten players as well. Matta had 2 players win Big Ten Player of the Year in his tenure: Terence Dials in 2006 and Evan Turner in 2010. Ohio State had at least 1 player make 1st-team All-Big Ten every season from 2006 to 2013 and 10 total in that span. In the last 4 seasons, D?Angelo Russell was the only Buckeye player to make 1st-team All-Big Ten. In fact, the Buckeyes haven?t had a single player make 1st, 2nd, or 3rd-team All-Big Ten in each of the last 2 seasons, joining Rutgers as the only other Big Ten to make that claim. When you look at it that way, it would make sense that 2 of Matta?s 3 lowest win totals have come in the last 2 seasons.

Overall, Matta was very successful in Columbus and whoever Gene Smith hires will have big shoes to fill. He won 337 games, which is the most by any Ohio State coach. His teams won at least 20 games in 12 consecutive seasons (also an Ohio State record). He took the Buckeyes to the Sweet 16 five times, saw 10 NBA players get drafted and won 216 home games, the most of any school since 2005. Smith said that Matta will be paid the remainder of his contract, which lasts for 3 more years at approximately $9M total. He will also stay with the program in some capacity until his replacement is hired.