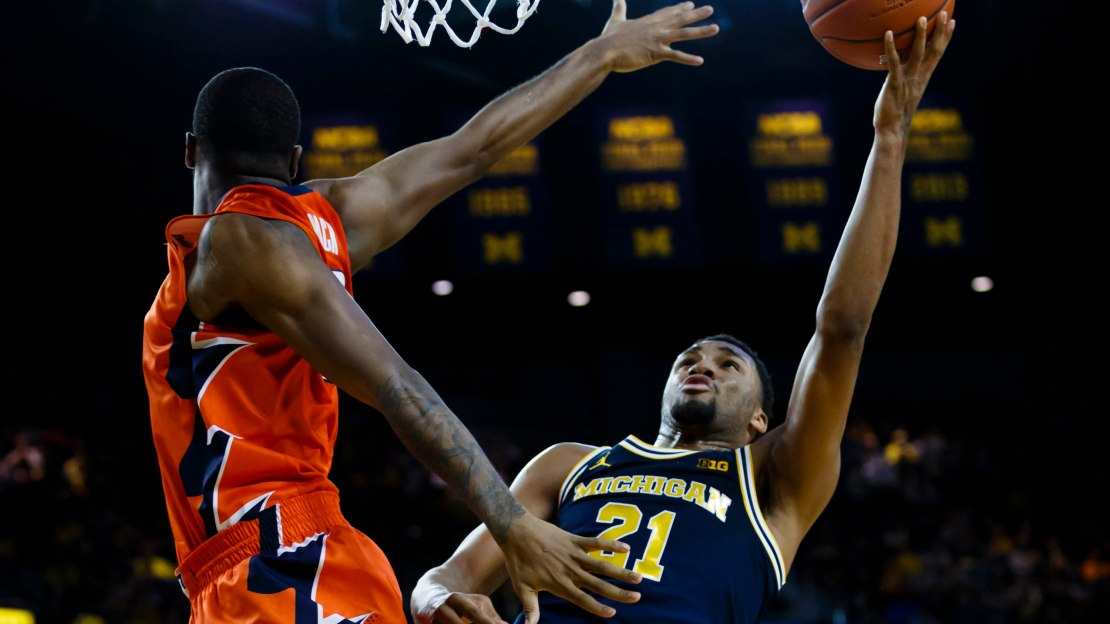 Four weeks down in Big Ten play, and it seems like things are finally taking shape.

1. Wisconsin (16-3, 5-1). It's hard to believe, but the co-Big Ten leading Badgers look primed to tally their 17th consecutive top 4 Big Ten finish. That consistency is remarkable, and I'd expect this team to continue to thrive with great experience and systematic execution.
Last week: 1

2. Maryland (17-2, 5-1). The balance and versatility of the Maryland freshmen lead me to believe this is the best freshman class in the conference. They may not have the star power of the Spartans' highly touted class, but the play on the floor and the consistency with which they've executed in close games gives them a confidence and edge to win in any situation. Melo Trimble helps in that department too.
Last week: 2

3. Purdue (16-4, 5-2). The Boilers are an elite-level team but that doesn't always mean they'll win the Big Ten. While many teams throughout the conference are beginning to realize their potential, Matt Painter's crew still has a lot of room to grow. They'll be a much better team in March than they are today. Finding a defensive identity will be key for continued success.
Last week: 3

4. Northwestern (16-4, 5-2). The Wildcats have the perfect system for their personnel, and that's the case on both ends of the floor. Their defense has made it difficult to get easy baskets and offensively they continue to put opponents in challenging situations with dribble hand-offs and sudden ball screen options, which can be unpredictable and difficult to defend when defensive players are behind the play. I'm not alone in my praise of this team. Big Ten opponents would agree.
Last week: 4

5. Indiana (14-6, 4-3). The win over Michigan State came at a pivotal point in the season. The loss of OG Anunoby to a season-ending knee injury is a huge hurdle to overcome. As I've said before, good teams respond well to adversity and great coaches and players redefine roles and maximize the potential of those who are left to compete. It'll be a challenging finish with injuries limiting Tom Crean's options.
Last week: 5

6. Michigan State (12-8, 4-3). The more Cassius Winston is on the floor, the better he gets and the better this team looks. Winston is a tremendous facilitator and creator. As he learns to pick and choose his spots to attack, he'll improve the overall outlook for the Spartans this year. Miles Bridges may be the star, but Winston and Nick Ward can (and will) win this team some basketball games.
Last week: 6

7. Minnesota (15-5, 3-4). The Gophers did just about all they could do to pull off the upset when Wisconsin came to town. Big shots by Bronson Koenig and a tremendous effort by Ethan Happ was needed to outlast Richard Pitino's Gophers. This team will be defined by how they handle and bounce back from this three-game skid. Young teams have to be careful not to get caught up in the downward spiral of a mid-season lull.
Last week: 7

8. Michigan (13-7, 3-4). Assistant coach Billy Donlon was brought in to fix defensive issues. While defending has been a struggle for Michigan, it's less to do with the scheme and more to do with the effort and buy-in from the players. Donlon challenged the team and it responded with a strong defensive performance, surrendering 57 points to Illinois. Consistency of effort and execution will bring this dangerous team back into the fold.
Last week: 11

9. Penn State (11-9, 3-4). I'm beginning to truly buy the potential of this team to do more than just compete in conference play. The switching defense that wins (what seems to be) all 50-50 balls makes it difficult to find rhythm against Patrick Chambers' team. Offensively, I still think they are best when they play fast and shoot within 10-15 seconds from getting a defensive rebound. Offensive execution isn't there, but talent is.
Last week: 8

10. Iowa (11-9, 3-4). The biggest challenge for this team may come in the form of Peter Jok's ability to play major minutes at a high level, as much is needed from the Big Ten's leading scorer. He makes the game easier for his young teammates, but needs to more of a contributor on the defensive end. Defensively, this team will have good and bad games. Some matchups will be more difficult than others but the hope will be to start to find consistency soon.
Last week: 10

11. Nebraska (9-10, 3-4). As great as Tai Webster and Glynn Watson Jr. have been, it's going to be difficult to win, and play at a high level, in this conference while relying so much on two individuals. Without Watson and Webster making plays, Nebraska can struggle to score. Defensively, and when it comes to the intangibles, Tim Miles does a terrific job getting role players to buy in and compete. He'll just have to get creative with how he frees up Watson and Webster to close out Big Ten play.
Last week: 9

12. Illinois (12-8, 2-5). I say it every week, and I'll say it again: The potential is there. It's a challenging endeavor for John Groce because as individually experienced and as old as this team is, they seem to lack chemistry and time on the floor together. This can be the case when you deal with the type of injuries the Illini have faced. I certainly hope Tracy Abrams begins to find his shot and gain confidence on the floor again. That kid deserves it.
Last week: 12

13. Ohio State (12-8, 2-5). Losing Keita Bates-Diop for the rest of the season hurts this team on both sides of the floor. His length and versatility allows him to impact the game in a variety of ways. There is still balance when it comes to scoring, but just not as much without Bates-Diop. When this team competes at a high level for 40 minutes, they have a chance to beat anyone in the country. Losing games cannot lead to players losing interest.
Last week: 13

14. Rutgers (12-8, 1-6). I've been saying that this team is going to win some conference games. They have competed hard in most of the conference games they've played, but there are so many things for them to learn before they're able to win on a consistent basis. Steve Pikiell and his staff have done a terrific job teaching and holding players accountable in every way. That will go a long way toward the future development of culture within this program.
Last week: 14