Dienhart: Big Ten and the 2016 NFL Draft at a glance 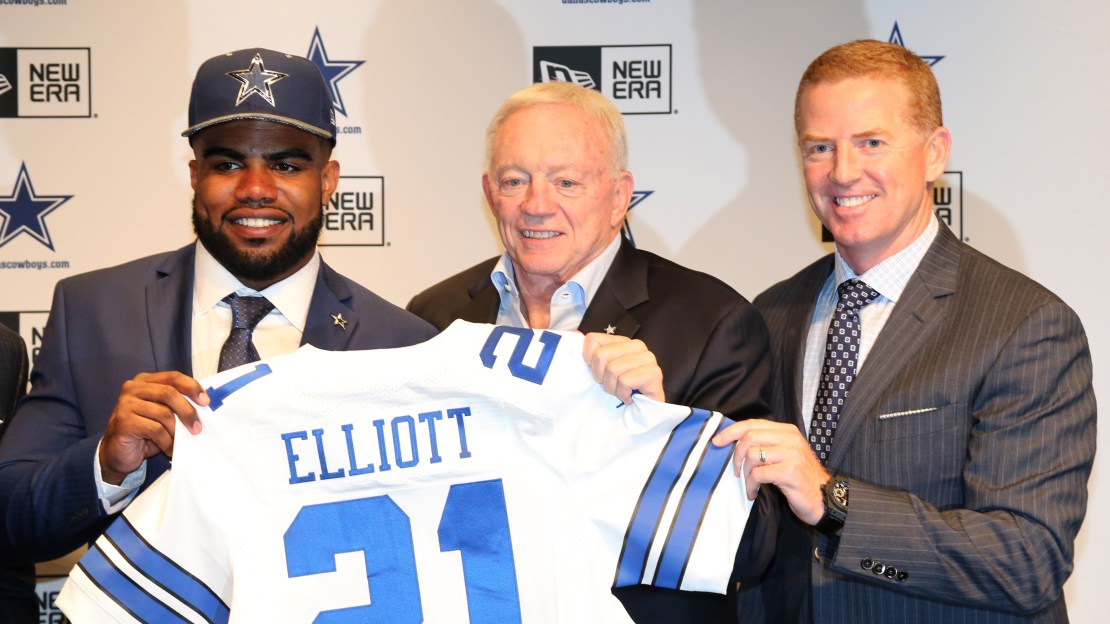 The 2016 NFL Draft is over. And the Big Ten was very productive, headed by Ohio State having 12 selections.

The Big Ten also had five QBs picked in Penn State?s Christian Hackenberg, Michigan State?s Connor Cook, Michigan?s Jake Rudock, Indiana?s Nate Sudfeld and Ohio State?s Cardale Jones. Every Big Ten team had a player picked but Iowa had to wait until the seventh round to get a selection.

Here is an at-a-glance look at the Big Ten and the draft.

Most impressive: Ohio State. Entering the draft, some wondered if the Buckeyes could tie or break Miami?s record of six first-round picks in the 2004 draft. OSU fell short but still had five selections on Thursday. But Ohio State tied the record for most picks in the first two rounds with seven. And the Buckeyes set a mark by having 10 picks in the first three rounds. The 10 selections were one more than the Big 12 and as many as the Pac-12. Despite this impressive collection of talent, the Buckeyes didn?t even win the Big Ten East. In all, Ohio State has 12 players selected, one from all nine position groups, and it broke its NFL record for most picks through four rounds (12). The only Buckeye not picked who some pundits felt could be was DB Tyvis Powell. It?s also worth noting that former Buckeye defensive end Noah Spence was picked after he finished his career at Eastern Kentucky.

Here is a look at the impressive cache of Buckeyes picked:

Most disappointing: Iowa. The Hawkeyes were coming off a season for the ages, starting 12-0 before falling in the Big Ten title game and Rose Bowl. Despite that, the Hawkeyes didn?t have a player picked until the Colts took center Austin Blythe with the 248th pick in the seventh round. Had defensive end Drew Ott not gotten hurt, he may have been tabbed. And it?s worth noting that ex-Iowa QB Jake Rudock was picked after playing his final season at Michigan.

Biggest surprise: The slide of Michigan State QB Connor Cook. Thursday came and went ? and Cook wasn?t tabbed. Friday came and went ? and Cook wasn?t picked. Finally, on Saturday, Cook?s wait was over. The Raiders traded up and grabbed Cook early in the fourth round with the 100th pick. Questions about Cook?s attitude and leadership seemed to make teams hesitant to pick the star Spartan signal-caller. Still, Cook?s on-field production was hard to dismiss. The guy was a winner in East Lansing who posted some impressive numbers. A couple of other surprises: Michigan State's Jack Allen and Ohio State's Tyvis Powell going undrafted.

Ready to play now: There are several players in this category. In fact, every Big Ten player selected in the first round needs to be ready to play–and likely start-right away. That includes the Ohio State quintet along with Michigan State?s offensive tackle Jack Conklin, who went to the Titans in Round 1.

Honored to be a member of the greatest franchise in pro sports! @dallascowboys Thanks @jcpenney @michaelstrahan pic.twitter.com/1kqF9MNKEG

Picked too high: With the 51st pick coming in the second round, the Jets raised a few eyebrows by picking Penn State quarterback Christian Hackenberg. He was a difficult prospect to get a handle on, as Hackenberg wasn?t really a fit for what the Nittany Lions were doing offensively under James Franklin. And Hackenberg also was hampered by playing behind a spotty line. How good was he? It was difficult to tell. But few envisioned Hackenberg getting picked in the second round. Still, the Jets may have a steal.

Congrats to @chackenberg1! Today you're a New York Jet, but you'll always be a Nittany Lion. #WeAre #JetsDraft https://t.co/nQngZXbl4S

Sleeper: Indiana OT Jason Spriggs. He was nabbed in the second round with the No. 48 pick by the Packers. Spriggs was one of the most athletic tackles in the draft. He lacks upper-end strength but that should come with more development. Still, scouts think Spriggs has the feet and athletic ability to become a top left tackle.

#Packers trade up to take Indiana T Jason Spriggs at No. 48! #PackersDraft pic.twitter.com/OO986x0Txs

Surprised he wasn?t picked: C Jack Allen, Michigan State. The guy was a consensus first-team All-Big Ten pick and first-team All-American by some outlets. And he was tenacious. But he may be a bit undersized at 6-2, 296.

Every Big Ten team had at least one player selected, and here's the full breakdown.

And here's a look at the teams who took Big Ten players.