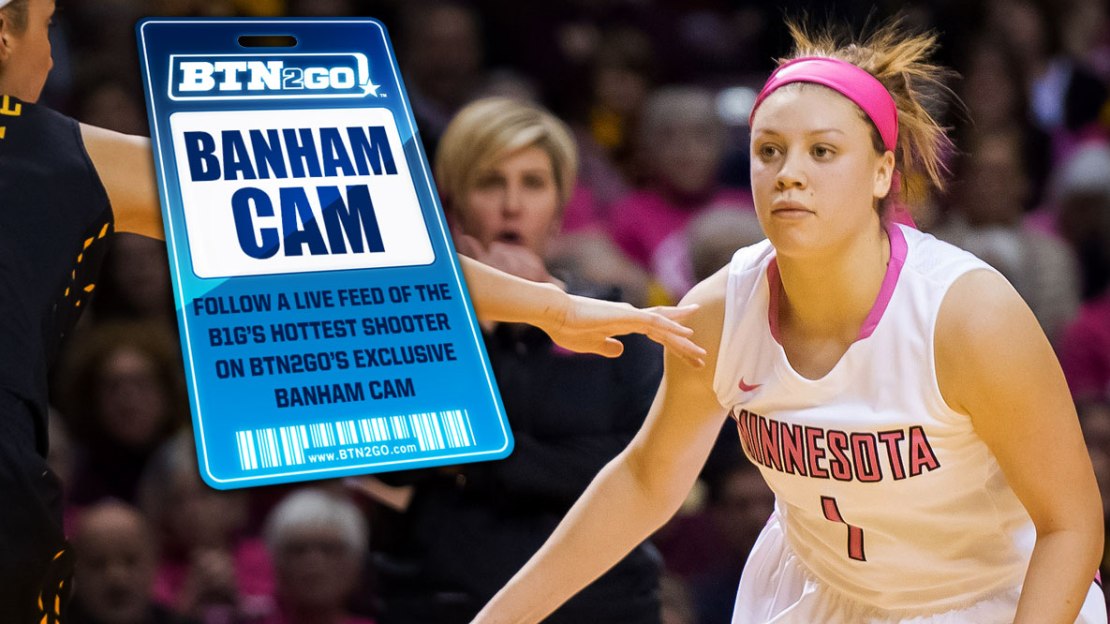 When the Minnesota women's basketball team plays at Michigan State at 1 p.m. ET Sunday on BTN/BTN2Go, fans will be able to watch Minnesota star Rachel Banham much more closely than usual. That's because BTN2Go will also offer a live dedicated camera tracking Banham for the entire game.

Here is the link to watch the game live on BTN2Go, too.

Banham, a senior guard averaging a Big Ten-leading 26.4 points per game, is riding a much-talked-about hot streak. On Super Bowl Sunday, she scored 60 points in a double-overtime win at Northwestern, which set a new Big Ten women's basketball single-game record and tied the NCAA women's record.

This past Monday, in a tight game with Iowa, Banham answered a late basket by the Hawkeyes with a dramatic buzzer-beating 3-pointer, the final points of a 35-point performance.

In between the 60-point game and her heroics against Iowa, she described her admiration for the play of NBA legend Kobe Bryant during an interview on BTN.

Bryant soon let the world know that he had become a Banham fan as he congratulated her on Twitter for the 60-point game. Following the game-winner vs. Iowa, he sent her another tweet.

We recently profiled Banham, the daughter of two police officers and granddaughter of the first African-American policeman at Minnesota, who missed most of last season following surgery for a torn ACL.

You can also find more women's basketball videos in the YouTube playlist below.