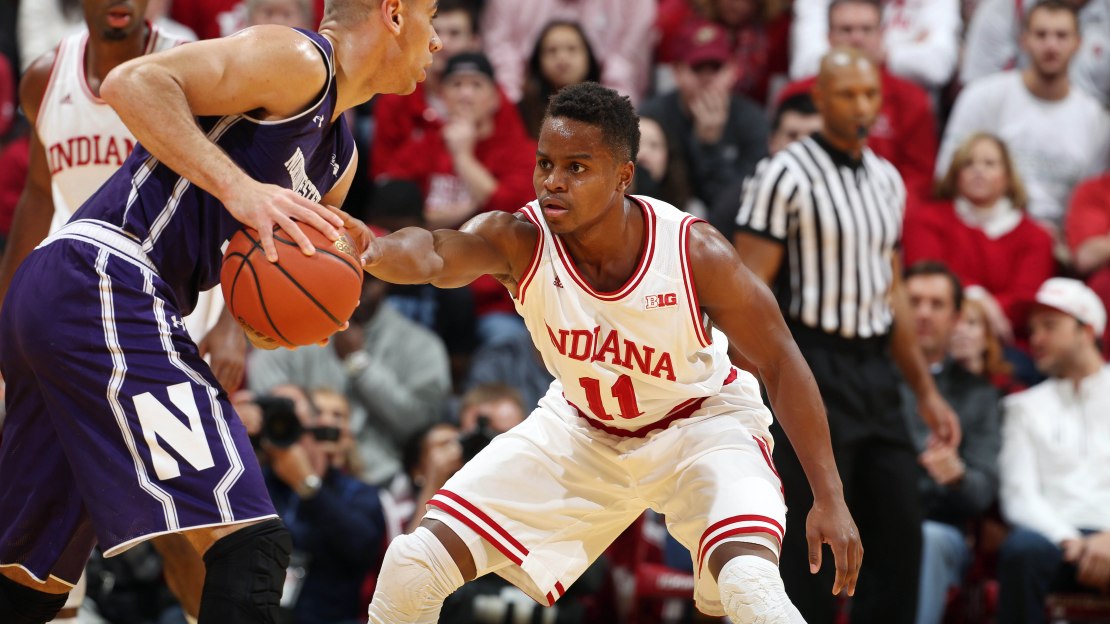 After another crazy week in the Big Ten, here are my thoughts for where we stand at the moment.

Editor's note: All team records are through Sunday, Jan. 24.

1. Iowa (16-3, 7-0). This is the most versatile and consistent team in the conference. They have already swept Michigan State and Purdue this season. Their depth has been impressive, and their ability to shoot the 3 keeps them in any game.
Last week: 1

2. Indiana (17-3, 7-0). YES, the schedule has not been strong. I know. No need to mean-tweet me about that, @BoilerBall fans. I still credit the Hoosiers for taking care of business and improving their defense since losing James Blackmon Jr. I do think that February will be a rough month in Bloomington, so we?ll see where they reside on this list at the end of the month.
Last week: 3

3. Maryland (17-3, 6-2). This team is beginning to concern me. The talent is there. The size is there. The depth is there. They even have one of, if not, the best point guards in the country. I think this team is at their best when they extend their defense and play faster. Teams in the Big Ten can beat them in the half court. They still have Final Four potential.
Last week: 2

4. Michigan State (17-4, 4-4). The Spartans have dealt with injuries and questions about their rotation all season. They looked like themselves again against Maryland and were even able to do that without their best defender in Tum Tum Nairn. They will continue to improve and will be a top 10 team again when Nairn is back and healthy. Look out for Izzo in March again.
Last week: 6

5. Purdue (17-4, 5-3). I still love this team, but I still think it's one go-to guy away from being elite. Vince Edwards is terrific, however it is not really his style to physically and emotionally take over a game. Even if Purdue finishes fourth or fifth in the conference, I could still see them and all of their size making a run in March.
Last week: 4

6. Michigan (15-5, 5-2). The Wolverines were faced with potentially season changing adversity when Caris LeVert went out with injury a few weeks ago. They?ve responded by playing some of the best basketball they?ve played all year. Their only two conference losses come at the hands of Iowa and Purdue, both of whom are sure-fire NCAA teams. The key will be for Michigan to continue to move the ball well when LeVert returns.
Last week: 5

7. Ohio State (12-8, 4-3). The Buckeyes do a little Jekyll and Hyde routine. Some nights they look like a top 25 team. Other nights they look like they?re lost. The production from JaQuan Lyle has been great, but the effort needs to be more consistent. With their length and versatility, this could be a very difficult team to face come March. The main problem I have with the Buckeyes is that they don?t just lose; they get blasted. You?ve got to compete for 40 minutes to make it in this league. The potential is still there, though.
Last week: 7

8. Nebraska (12-9, 4-4). I did the Huskers-Spartans game on BTN and couldn?t believe how Nebraska stayed in that game, let alone won it. Shavon Shields was spectacular, but the Huskers only assisted on eight of their 29 field goals. They have great playmakers, but the playmakers need to make their teammates better to be consistently competitive.
Last week: 9

9. Northwestern (15-6, 3-5). Losing three in a row (including a loss at home to Penn State, a good loss on the road at Maryland and a 32 point blowout loss at Indiana) could not have come at a worse time. With Michigan State and Iowa on the schedule next, it?s not going to get any easier. This team has the pieces, but they are learning about what it takes to win consistently in this league.
Last week: 8

10. Wisconsin (11-9, 3-4). It would appear as if the Badgers are beginning to turn the corner. They?ve found comfort with the Swing Offense, and they?re being put in position to grind out close games. This is a team I would not want to face in the Big Ten Tournament. Especially as Bronson Koenig, Nigel Hayes and Ethan Happ get more and more comfortable and confident on the offensive end.
Last week: 10

11. Penn State (11-9, 2-5). The Nittany Lions and Pat Chambers are the type of team that no one really wants to face in the Big Ten. Just ask Northwestern. They have certain pieces that allow them to be competitive, although it?s clear that Chambers and staff are anxious to get next year?s top 20 (nationally) recruiting class on campus.
Last week: 12

12. Illinois (10-10, 2-5). Kendrick Nunn and Malcolm Hill make up one of the most dynamic backcourts in the country. The problem is a lack of balance. Not having balance allows the defense to key on those two, or at least take one out of the picture. Because of his versatility, position-wise, Hill is hard to stop; teams, though, have been successful in slowing Nunn. I still think this Illini squad will spoil some other Big Ten teams? NCAA tourney hopes this season.
Last week: 11

13. Minnesota (6-14, 0-8). It?s hard to believe that the Gophers have yet to win a conference game, but Richard Pitino understands the process. He also has an excellent recruiting class coming to campus next season, but it?ll be key for Pitino and staff to maintain that competitive edge with players like Nate Mason and Jordan Murphy being key components to their ongoing success.
Last week: 13

14. Rutgers (6-14, 0-7). At times, the Scarlet Knights have shown some signs of improvement. They were able to score the ball against Iowa, but defense continues to be a question. The effort and energy have to pick up significantly for this team to compete. I still think they?ll sneak up on someone who forgets to play with a sense of urgency.
Last week: 14