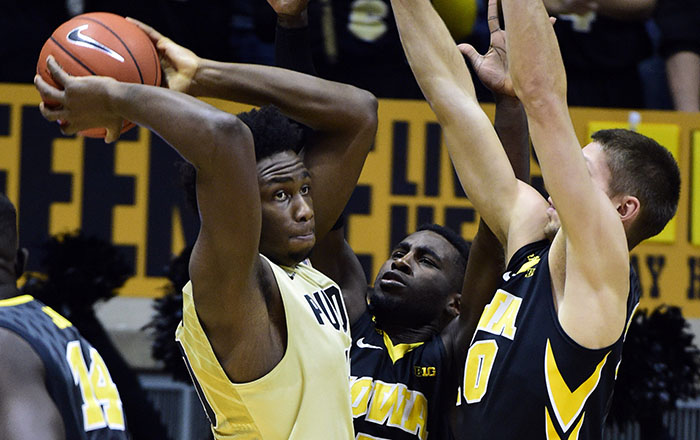 Sunday isn't all about the NFC and AFC conference championship games. There's also a top 25 Big Ten matchup to start your inevitable day in front of the TV, as No. 9 Iowa hosts No. 22 Purdue at 1 p.m. ET on BTN (watch on BTN2Go).

In this post, we look back at the last five Iowa-Purdue games, including their most recent meeting on Jan. 2, 2016.

In that game, the Hawkeyes allowed only eight second-half baskets, forced 10 turnovers and rallied from a 17-point halftime deficit to rally for a 70-63 upset. That capped an impressive double by sweeping two Top 15 teams that week as Iowa topped Michigan State earlier.

Let's get to the five meetings and the videos: