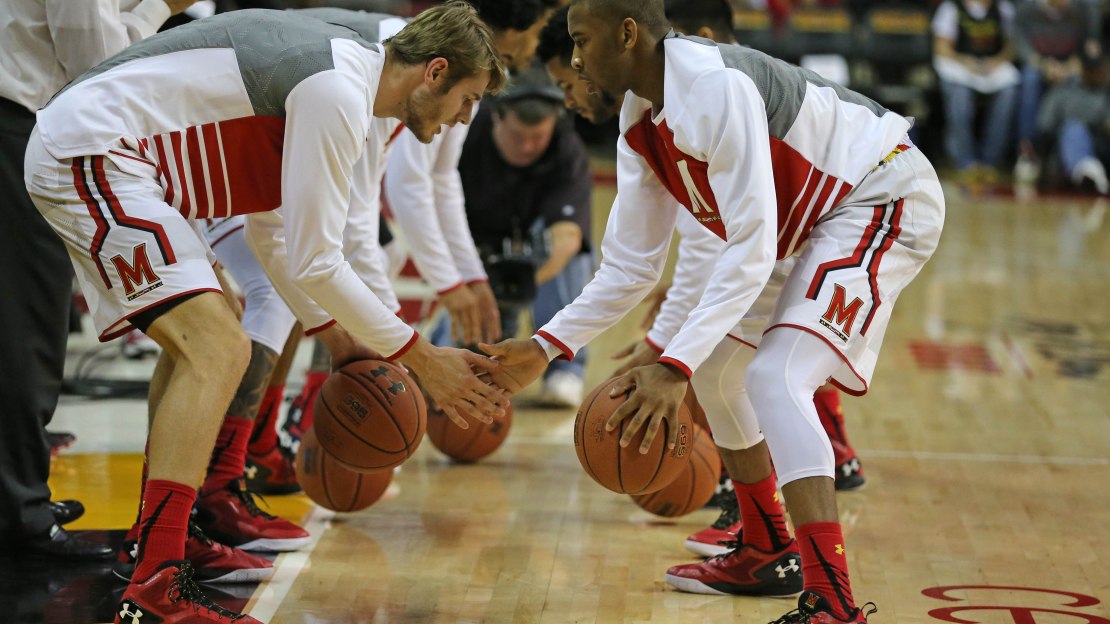 For the second consecutive week, Maryland sits atop my Big Ten Power Rankings, presented by ArcelorMittal.

The Terrapins edged Penn State in their Big Ten opener and cruised to victory at Northwestern to improve to 13-1.

1. Maryland (13-1, 2-0). After seeing them in person against Northwestern, there's no doubt in my mind who sits at the top of the Big Ten at the moment. Melo Trimble may be the best PG in the nation and the depth in the front court makes this team a national championship contender. Rasheed Sulaimon and Robert Carter Jr. continue to be two of the best Big Ten newcomers this season.
Last week: 1

2. Michigan State (14-1, 1-1). Playing without Denzel Valentine presents more challenges than just making up for his production. What rhythm was found with Denzel in the lineup has since been (temporarily) lost. The Spartans have depth but have to figure out how to play without Valentine for the time being. They may just be better in the end because of it.
Last week: 2

3. Purdue (13-2, 1-1). The loss to Iowa, as bad as that second half was, doesn't change my mind about this team. It does show me that the Boilermakers need to shoot the ball well to win as teams continue to make post touches and shots in the paint difficult.
Last week: 3

4. Iowa (11-3, 2-0). It's impossible to ignore a win over Michigan State at home and a road win at Purdue. Different players did the scoring in each game which shows they have options offensively. Additionally, this team has shown that they can win in a variety of ways. The Hawkeyes seem to be comfortable playing at any pace. Not to mention, Jarrod Uthoff is a pro.
Last week: 5

5. Indiana (12-3, 2-0). With James Blackmon Jr. out with injury for an undisclosed amount of time, the Hoosiers offense has cooled off a bit. They continue to shoot a high percentage and their defense was noticeably improved against Nebraska. Hang in there Hoosier fans.
Last week: 4

6. Michigan (12-3, 2-0). As much as I love Caris LeVert, the offense looked better against Penn State without him. The ball movement and tempo looked like a John Beilein team again. This is something Coach Beilein will certainly work on with Caris and with him back at full strength, this is a dangerous team. Toughness will still be the question, though.
Last week: 6

7. Ohio State (10-5, 2-0). The length, skill and improvements this team has made thus far this season leads me to believe the Buckeyes can be playing in March. Thad Matta knows the potential of this team and he has shown great patience. Between JaQuan Lyle and A.J. Harris, PG play has significantly improved over the past few weeks. As has their long and (at times) stifling defense.
Last week: 8

8. Northwestern (13-2, 1-1). Northwestern struggled to take care of the ball in the first half against Maryland, and the Maryland lead proved to be insurmountable. I still think this is a potential NCAA tournament team with Bryant McIntosh being one of the best players (in the country) that no one is talking about.
Last week: 7

9. Wisconsin (9-6, 1-1). Since Greg Gard took over the program, we have seen the swing offense back in Madison. The structure has helped to make the Badgers a much better team. Better spacing is helping everyone offensively but particularly Nigel Hayes who's skill set has been on display.
Last week: 10

10. Illinois (8-7, 0-2). It's impossible not to like the guard tandem of Malcolm Hill and Kendrick Nunn. Yet again decimated by injuries, expect this team to be dangerous and operating as a spoiler toward the end of Big Ten play. If their defense improves, that time may come sooner than later.
Last week: 9

11. Nebraska (8-7, 0-2). This is a very good team to be at the 11 spot in my rankings, but that goes to show the quality of the league. Losing two home games to start the season hurts, although there are still a lot of positives about this team. Scoring and strength behind Shavon Shields and Andrew White III will be the theme all year long.
Last week: 11

12. Penn State (9-6, 0-2). Most coaches who play Penn State have nothing but respect for Pat Chambers and crew. They compete every night out and do not back down in any way. The only issue I see is a consistent system on offense. The talent is there to win a good amount of Big Ten games, however a little more offensive structure could help the Nittany Lions in conference play.
Last week: 12

13. Minnesota (6-8, 0-2). The Gophers made a bit of a system change against Michigan State, showing that they can compete with the best teams in the conference. Additionally, Jordan Murphy is spectacular. He's got the versatility and strength of Evan Turner (OSU) and Brandon Roy (Washington) and will continue to improve just in time to lead a string 2016-17 class next season.
Last week: 13

14. Rutgers (6-9, 0-2). Since the start of Big Ten play, Rutgers has played its best basketball of the season. The Scarlet Knights are not far from being able to win games in conference play. They compete, they have a few playmakers and scorers and have clearly not given up on this season in any way.
Last week: 14