Big Ten links: Catch up on these football, basketball headlines 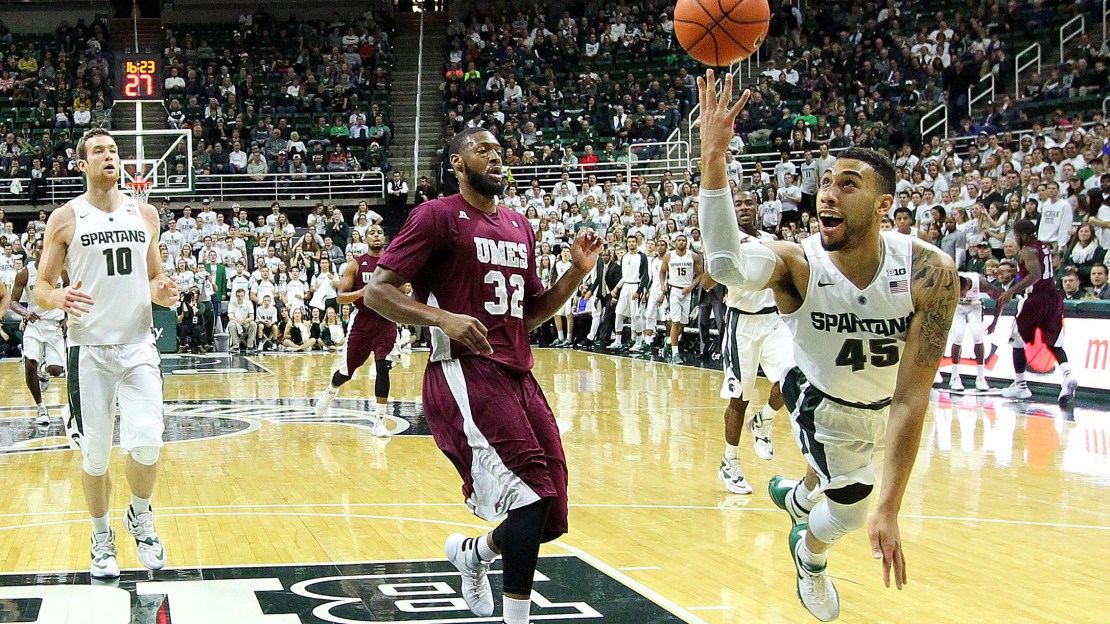 New Maryland coach D.J. Durkin has a nice start to his staff, tabbing recently fired Mike London according to reports.

London?s head coaching experience will be a value to Durkin, who never has been a head coach. And London has some good recruiting connections along the eastern seaboard, too.

Meanwhile, there is a report that Michigan will talk to Jeremy Pruitt about filling Durkin?s DC job.

Pruitt spent the last two seasons at Georgia before spending the previous season at Florida State. Known as one of the top recruiters in the country, Pruitt has been on the coaching fast track since leaving Alabama (defensive backs coach) in 2013 to help the Seminoles win the national championship.

What is wrong with Michigan hoops? The team has lost badly to foes like Xavier, UConn and SMU. The Wolverines seem to have fallen far since being NCAA runner-up in 2013 and an Elite Eight club in 2014. Michigan missed the NCAA tourney last year. And it may again.

How bad has it been? Michigan coach John Beilein says ?we are a long way from being good.? I have nothing else to add. This team has some major issues with rebounding and defending, among other things.

The Ohio State quarterbacks were a big focus all season. Cleveland.com takes a look back at the positions? numbers through 12 games last year compared to this year. Interesting.

With the completion percentages and interception numbers about the same, Cleveland.com notes that the obvious glaring difference is in the touchdown throws (36 last year to 18) and yardage (8.9 yards per attempt in 2014 vs. 7.7). That hits at a lack of big plays from the position.

Rutgers is starting over with Chris Ash. But, the former staff must be taken care of. What will it be owed? The bill will come to $3.3 million.

The great Lee Barfknecht of the Omaha World-Herald says that if Nebraska is looking to schedule a non-conference foe, ex-Big 12 dance partner Kansas State is willing to oblige. I wish this would happen.

?Sure, we?d play Nebraska,? K-State Athletic Director John Currie said this week in an interview ahead of the National Football Foundation/College Hall of Fame banquet.

?We?ve reached out. It?s not like we haven?t heard back. But it?s complicated. Nebraska is scheduled out quite a ways.?
Starting in 2016, the Big Ten will play nine conference games. The Big 12 also plays nine, leaving three nonconference slots. Complications arise in the seasons a team has only four conference home games and five on the road.

The Big Ten title game loss is still fresh in the memory of Iowa fans. So close. Chad Leistikow of HawkCentral.com has a look back at what-if moments from last Saturday in Indy.

Losing RB Jordan Canzeri in the first quarter to an ankle injury was a key blow to Iowa. He is Iowa's best total-package runner, with speed, power and the ability to catch passes and block. How big was his loss? Leistikow notes Iowa only gained 28 rushing yards the rest of the game. That is huge, people.

This is an amazing factoid. Purdue whipped Howard last night and now has won 10 games in a row by double-figures for the first time in school annals.

Read previous editions of our daily links and subscribe to the weekday feature's RSS feed.