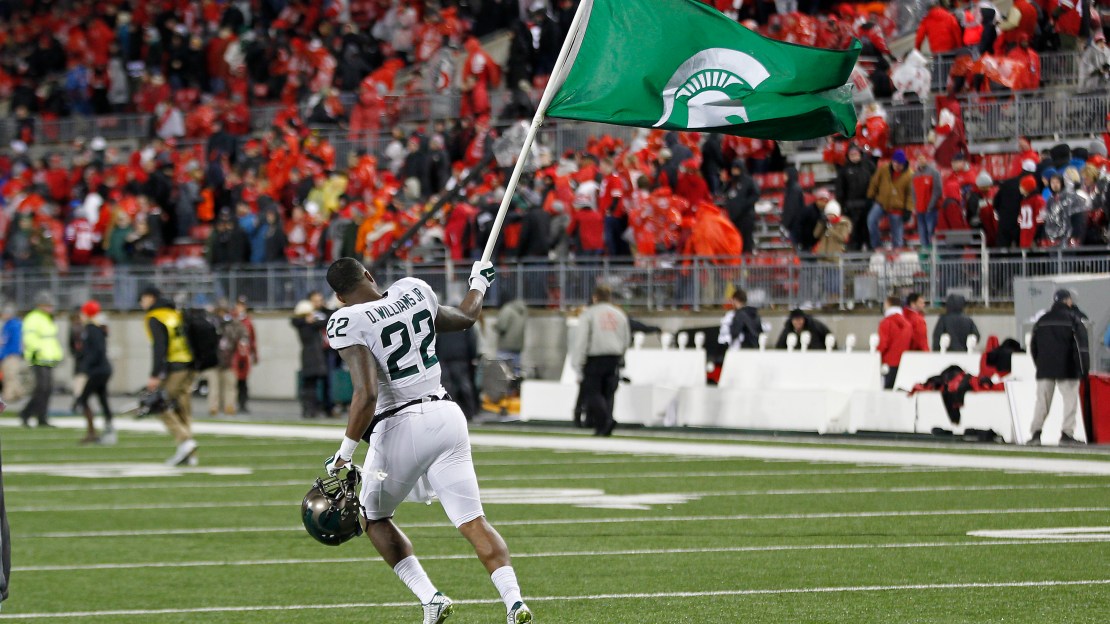 Time to take the temperature of the Big Ten?s bowl picture with Jerry Palm of CBSSports.com. And with Ohio State getting dumped, things look different.

First order of business: Indiana is back in the bowl picture, giving the Big Ten nine bowl teams-up one from last week's list.

Big picture: Ohio State no longer is part of the playoff after getting stunned at home by Big Ten East rival Michigan State, which has taken the Buckeyes' spot and is taking on No. 2 Alabama in the Cotton Bowl.

The other semifinal: No. 1 Clemson vs. No. 4 Oklahoma in the Orange Bowl.

That means, despite being the Big Ten?s lone unbeaten and one of two perfect teams in the nation, Iowa isn?t in Palm?s playoff bracket. Instead, the Hawkeyes remain in the Rose Bowl vs. Stanford-just like last week.

Ohio State falls from the playoffs to a selection committee bowl spot in the Fiesta vs. Houston.