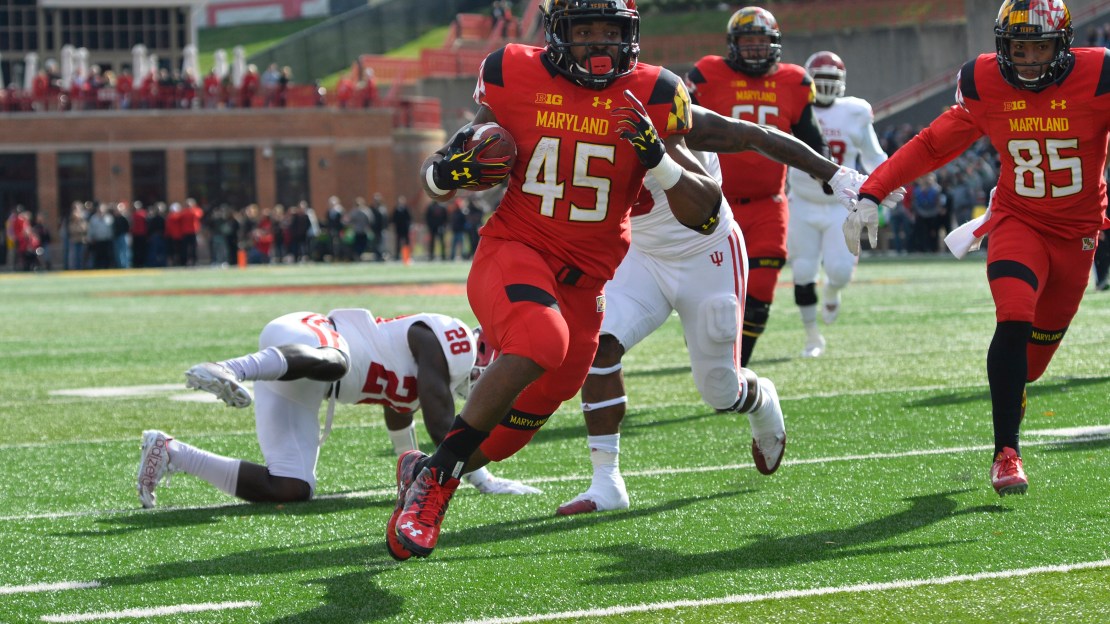 What a week of Big Ten football!

Fans were treated to upsets, game-winning plays, and of course, plenty of outstanding individual performances.

Here is a look at my top individual performers from Saturday's Big Ten football action.

1. Nate Sudfeld, QB, Indiana. How good has this guy been this season? Sudfeld was outstanding again on Saturday, throwing for a game-high 385 yards and four touchdowns in Indiana's impressive 47-28 victory over Maryland. Sudfeld's incredible outing earned the Hoosiers their first Big Ten win of the season, making them one victory away from officially becoming bowl eligible. You can thank Mr. Sudfeld for that!

2. Brandon Ross, RB, Maryland. It's not often you see the No. 2 player on this list come from a losing team, but when you look at Ross' numbers, it's clear why he is here. The Terrapins' bruising back rushed for 250 yards and three touchdowns. His 250 rushing yards are the fourth-highest total in school history.

3. Shannon Brooks, RB, Minnesota. This freshman back has been outstanding as of late. Brooks rushed for 174 yards and three scores in Minnesota's 32-23 win over Illinois, including a 75-yard TD run with 1:25 remaining to seal the victory. What a special talent.

4. Jordan Lomax, DB, Iowa. This guy was great in the Hawkeyes' 40-20 win over Purdue. Lomax recorded 13 tackles, one fumble recovery and a pass breakup in the victory. Iowa's defense has now held eight of its 11 opponents to 20-points-or-less this season. That's an amazing stat.

5. Jake Rudock, QB, Michigan. Rudock has been phenomenal as of late, and it was the same story on Saturday in Michigan's impressive 28-16 win over Penn State. The Wolverines' senior signal caller was 25-of-38 passing for 256 yards and two touchdowns in the victory. Rudock became the first quarterback in Michigan football history to throw for 250-plus yards in three consecutive games.

6. Paul James, RB, Rutgers. James had a huge game on Saturday, rushing for 116 yards and three touchdowns in the Scarlet Knights' 31-21 victory over Army. He led a Rutgers rushing attack that totaled an eye-popping 254 total yards on the ground.

9. Vince Biegel, LB, Wisconsin. This guy is having a great junior season for the Badgers. Biegel recorded 14 tackles, one sack and 1.5 tackles for loss in Wisconsin's 13-7 loss to Northwestern. That is called "stuffing the stat sheet."

10. Michael Geiger, K, Michigan State. Geiger has to be on my list after kicking one of the biggest field goals in Michigan State football history. The Spartans' junior kicker hit a 41-yard game-winning field goal as time expired to give Michigan State an incredible 17-14 win over Ohio State on Saturday. Simply amazing.