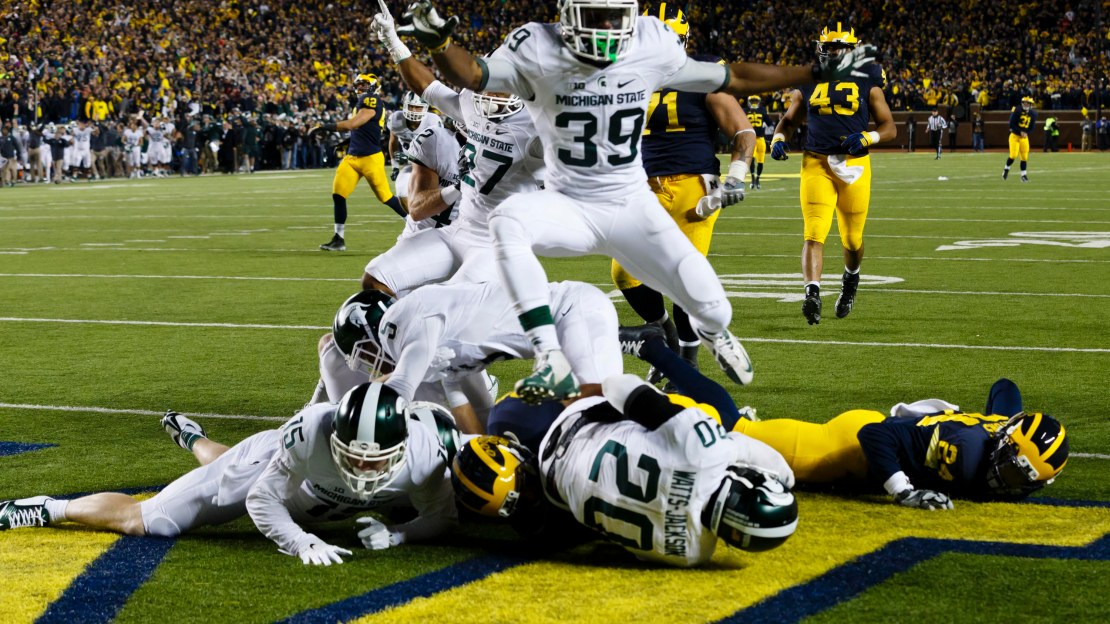 Do you believe in miracles?

Michigan State does, and in order to understand the full meaning of why, you have to see what happened at the end of the Spartans' matchup with in-state rival Michigan.

Holding a 23-21 lead with 10 seconds remaining, Michigan lined up to punt on the fourth down. UM punter Blake O'Neill bobbled the low snap and attempted to punt it while being taken down to the ground. The ball ended up in Jalen Watt-Jackson's hands, and he returned 38 yards for a game-winning touchdown.

Take a look at the play at the top of the post.

Remember Stanford vs. Cal with the band on the field? Or, how about Auburn's incredible game-winning touchdown return on a missed field goal to beat Alabama?

Yes, this is up there with those unforgettable memorable plays.

This what an in-state rivalry that was bubbling with suspense with Jim Harbaugh getting his first crack at the Spartans as Michigan's head coach. Both teams were ranked in the top 15 heading into the game, with the Spartans improving to 7-0 and Michigan falling to 5-2.

This will go down as one of the greatest plays in Big Ten football history.

The scene that @MSU_Football fans will never forget. (Photos: @USATsportsImage)