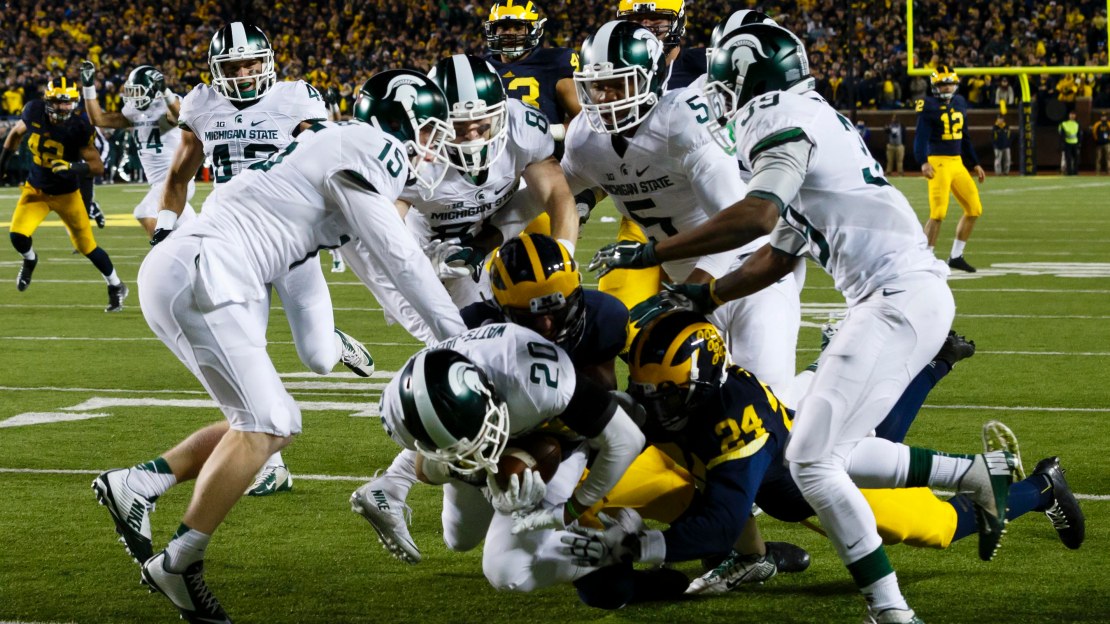 Michigan State coach Mark Dantonio has always said how proud he is of the support his program gets from former players.

Well, what better time to see that support than following a game-winning touchdown to beat in-state rival Michigan.

Check out some of the top Twitter reactions below, highlighted by Le'Veon Bell's must-see video at the top of the list.

This finish is definitely better than the cotton bowl finish #handsdown https://t.co/K47AnmlSNj

Oh, my, goodness! Did that just happen?!

Don't ever and I mean EVER count us out. We never surrender!! #300 #SpartansNeverQuit

I said in my @HuddlePass podcast that special teams would be the deciding factor. Not quite how I saw it playing out but I'll take it!