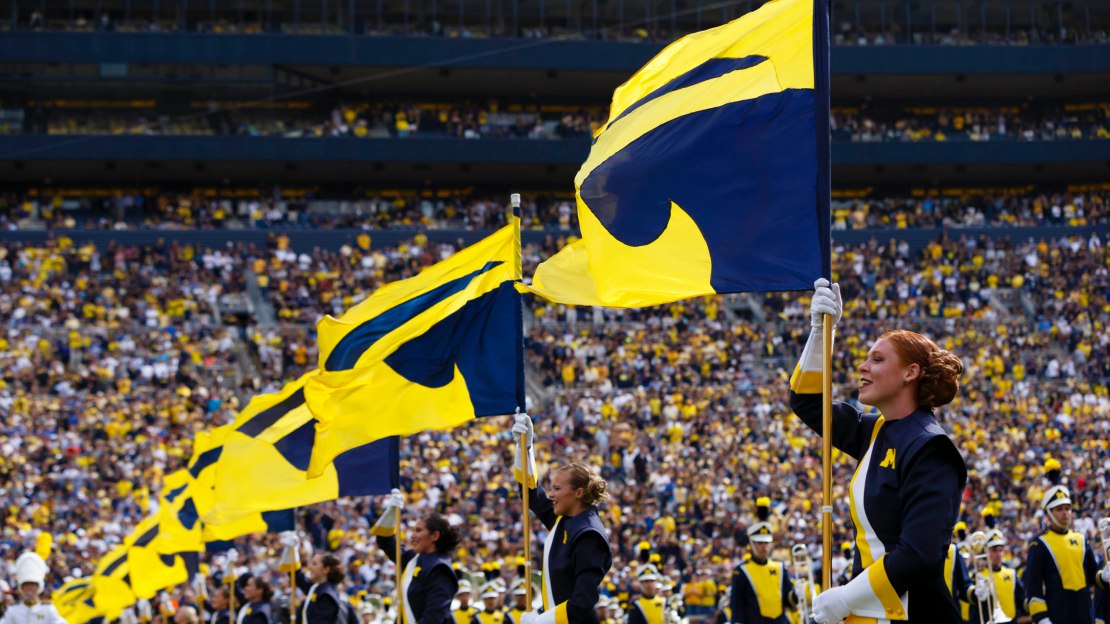 It basically was business as usual in the last week of full-blown non-conference games. And the power rankings reflect that-as well as a growing affinity for all things Michigan.

1. Ohio State (4-0). That?s 17 wins in a row and counting for the Buckeyes, who for at least a week will avoid any hand-wringing and consternation about the quarterback spot. Enjoy your week of peace, Brutus!
Last week: 1
Up next: at Indiana

2. Michigan State (4-0). The best way to describe the win vs. Central Michigan: workmanlike. The defense dominated and the offense scored more than 30 points for a 12th game in a row.
Last week: 2
Up next: vs. Purdue

3. Iowa (4-0). A few years ago, it would have taken the Hawkeyes a couple of games to score 62 points. They did it on one glorious afternoon on Saturday, matching the most points in a single game under Kirk Ferentz.
Last week: 3
Up next: at Wisconsin

4. Northwestern (4-0). The Wildcats march on behind their ability to run and play defense. More offensive explosion would be nice, but perhaps QB Clayton Thorson grew up a bit on Saturday. Nice game, kid.
Last week: 4
Up next: vs. Minnesota

5. Michigan (3-1). Following a thoroughly dominating 31-0 victory over No. 22 BYU, this team has gone for a ?little train that could? to a potential dark-horse in the Big Ten East. Maybe Jim Harbaugh is under paid. Think about it.
Last week: 6
Up next: at Maryland

6. Wisconsin (3-1). The Badgers are the ?best team no one is talking about.? The offense needs to work on better balance. But the defense will keep the Badgers in games while the attack gets worked out.
Last week: 5
Up next: vs. Iowa

7. Minnesota (3-1). A bad program would have found a way to lose that game vs. Ohio. The Golden Gophers aren?t a bad program. Trust in Jerry Kill, all you naysayers.
Last week: 7
Up next: at Northwestern

8. Nebraska (2-2). The cardiac Cornhuskers set themselves up for more heartache vs. Southern Miss. But this time, unlike Week 1 vs. BYU or Week 3 at Miami (FL), Nebraska was on the right end of a narrow decision. Progress.
Last week: 8
Up next: at Illinois

9. Indiana (4-0). That?s five wins in a row dating back to last season for the Hoosiers. And that hasn?t happen since Ronald Reagan was president in 1987 and I had a mullet. Also: Jordan Howard is legit.
Last week: 9
Up next: vs. Ohio State

10. Penn State (3-1, 1-0). Christian Hackenberg showed some life vs. San Diego State, throwing for three touchdowns, as the Nittany Lions pushed their winning streak to three. That loss to Temple seems like it happened years ago.
Last week: 11
Up next: vs. Army

11. Illinois (3-1). Yes, the Fighting Illini had to hang on for dear life vs. a directional school (Middle Tennessee Whatchamacallit?). Who cares? Illinois won-which merits a parade down Green Street in Chambama.
Last week: 12
Up next: vs. Nebraska

13. Maryland (2-2). The quarterback situation is a mess. The defense is a sieve. The upcoming schedule is brutal. And the uniforms are garish. Other than that, the Terrapins are rolling.
Last week: 10
Up next: vs. Michigan

14. Purdue (1-3). The Boilermakers have been cast in a remake of ?Groundhog Day,? as this season is starting to look very familiar. Remember 2013? 2014? The latest ignominy: A brutal home loss to Bowling Green that has the Boilermakers staring down the reality of a 1-7 start.
Last week: 14
Up next: at Michigan State