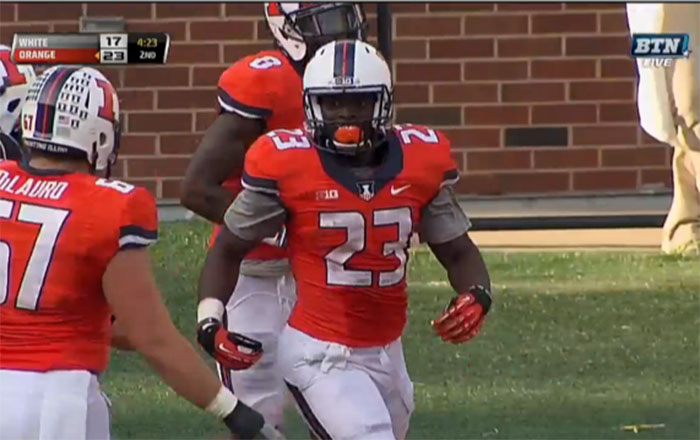 Our countdown to kickoff series continues, and today it's all about Big Ten West top newcomers.

This is always a fun category to consider, because everyone gets excited about the new guys, the players we've heard so much about.

Who is your leading candidate for Big Ten West top newcomer?

Tom Dienhart: Stanley Morgan Jr., WR, Nebraska. Keep an eye on the Nebraska true freshman wideout. He has size, speed and savvy. Morgan also is a playmaker, which is what the Husker offense needs.

Sean Merriman: Markell Jones, RB, Purdue. Last year's Mr. Indiana enrolled early at Purdue and is set to be a big part of the Boilermakers' offensive attack. He put up a state-record 3,565 rushing yards and 60 touchdowns as a high school senior. This is a Purdue offense that is looking for a big-time playmaker, and Jones should be just that for the Boilermakers.

Brent Yarina: Henry Enyenihi, RB, Illinois. I went with a transfer running back for the Big Ten East newcomer yesterday, and I'll go with another one here. A product of Sacramento City College, Enyenihi could be a nice compliment to Josh Ferguson, arguably the Big Ten's top pass-catcher out of the backfield.