Badgers, on how and why they're so relaxed, such a team of characters 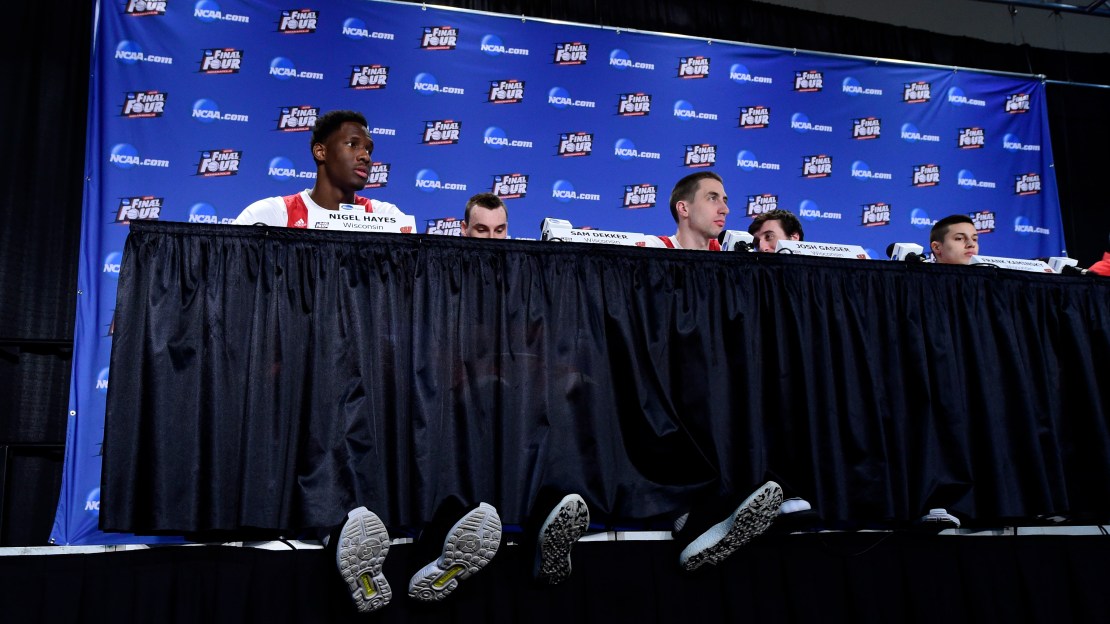 It all comes down to this.
Let's go, #Badgers. #MakeEmBelieve.http://t.co/f2uwDyXlOK

INDIANAPOLIS — In a matter of hours – at 9:18 p.m. ET, to be exact – Wisconsin will play in its first national final since 1941. The Badgers, eying their program's second national crown, will battle Duke, which has won four titles under Mike Krzyzewski.

One would think the Badgers would be nervous and a little uptight, right? Not this team. Not these characters. These guys are as loose as they come, and I asked them how they are, well, the way they are.

Who's the funniest player on the team?

"I will feel free to say that I am the funniest on the team. Nigel (Hayes) is probably the funniest in the media, but we all consider him very corny." – Bronson Koenig

How much fun is this team having right now?

"We're having a great time, as you saw in the last little media thing we were at. We were laughing and joking the whole time. We enjoy our fun time and we try to bring it everywhere with us." – Nigel Hayes

How does looseness off the court help you on the court?

"It definitely makes us a better team. It's let us become really close over the last couple of years, and I think that really translates to the court." – Frank Kaminsky

Are team's goofy antics part of a strategic plan to help limit the pressure?

"I guess that's how we are. We know when we have to focus. But when we get on the court, it's all business, which is how it should be. But when we're doing this stuff, you should just be yourself and not get too caught up in it. That's how we all live." – Sam Dekker

"The problem with my guys is they're too tense. Can't you see that?" - Bo Ryan pic.twitter.com/DcYvMbvUYy

Watch as the wild badgers examine the human technology that has entered their natural habitat. pic.twitter.com/9jRNI6T21e