Dienhart's Rapid Reaction: Badgers to play for first title since 1941 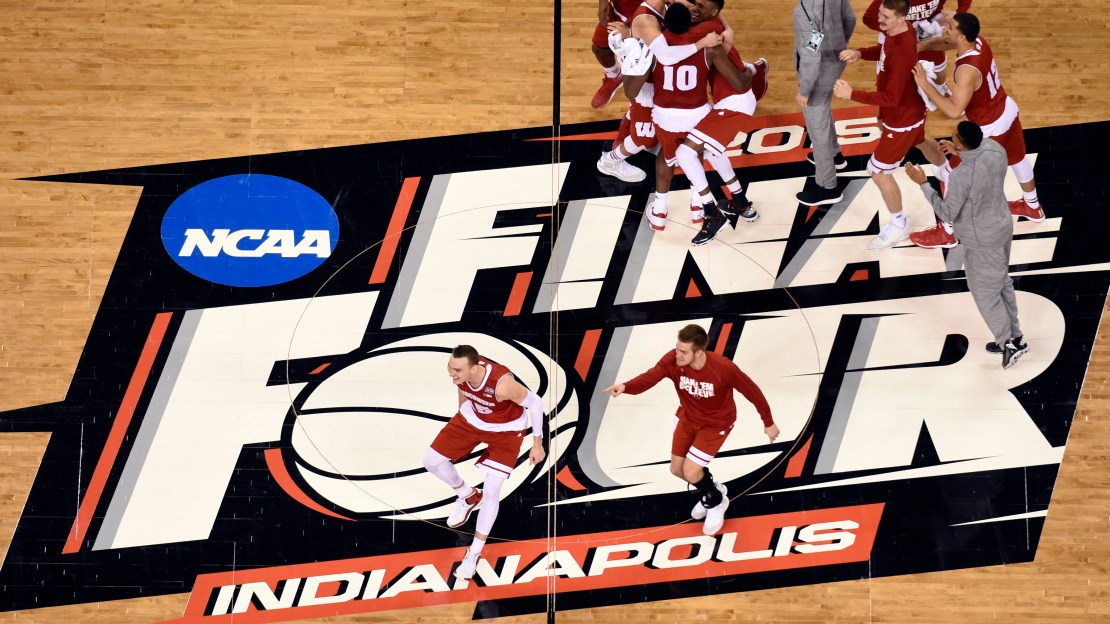 What a night. Wisconsin got revenge, halted Kentucky's potential historic undefeated season, and now is just 40 minutes away from its first NCAA title since 1941.

The Badgers, who lost to the Wildcats in last year's Final Four, handed No. 1 overall seed its first loss of the season in a 71-64 victory in the national semifinals Saturday night at Lucas Oil Stadium.

The star: Frank Kaminsky continued to be the ?man.? It couldn?t have been any other way, right? He scored a game-high 20 points on 7-of-11 shooting. He also had 11 rebounds, two blocks and two steals for a Badger team that had four of five starters in double-figures.

The stat: Wisconsin won the battle of the boards, 34-22. That was big in allowing the Badgers to get some key second-chance points, grabbing 12 offensive rebounds to the Wildcats? six. And it helped UW overcome 10 turnovers to just six for Kentucky.

Nigel Hayes does interview. Nigel Hayes sends it back to our studio. @BadgerMBB http://t.co/xcaSouQUWi

It was over when: With 1:42 remaining, Sam Dekker broke a 60-60 tie with his latest clutch 3-pointer in a tourney full of clutch shots. The Badgers never trailed again.

"Off the hand, I knew it was good." @BadgerMBB star Sam Dekker, on his late 3-pointer http://t.co/VhM1wsX3wK

What?s next: Wisconsin will play Duke for the national championship on Monday night, battling for the title for the first time since 1941 when it won it all. The Badgers came up a step short last year, falling by one point to Kentucky (74-73) in the Final Four. This year, Wisconsin subdued the 38-0 Wildcats to reach the national title game and aim for the Big Ten?s first championship since Michigan State won it all in 2000.

So many reasons to celebrate for @BadgerMBB. pic.twitter.com/67C47fKVMl