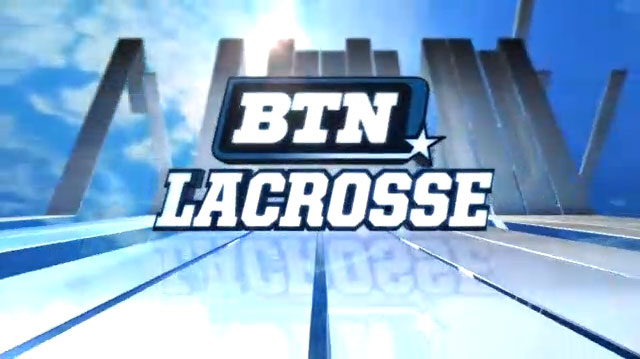 It's that time of the week to catch up on each men's lacrosse season and look ahead to their respective weekends. Each Thursday I'll be filing my Big Ten men's lacrosse notebook here for the rest of the season.

No. 17 Johns Hopkins (3-3): The Blue Jays ended a two-game losing streak and their worst start since 1990 with a 13-8 triumph over Navy. Leading the way for the Blue Jays were the Stanwick brothers Wells and Shack. Wells, the senior on attack, tallied three goals and added three assists. Freshman and line mate Shack dented the nets three times and added one helper. For their efforts Wells was named Big Ten Offensive Player of the Week and Shack took home Big Ten Freshman of the Week honors. Junior attackman Ryan Brown scored twice, extending his consecutive game goal scoring streak to 22 games, the second-longest streak in the nation.

This week Hopkins travels up north to face the No. 1 Syracuse Orange on Saturday. Syracuse has been dominant thus far in 2015, posting a perfect 5-0 record thus far with wins over Siena, Cornell, Army, Virginia, and St. Johns. The Orange has a ton of offensive firepower with players such as Kevin Rice, Randy Staats, and Dylan Donohue. This will be a huge test for the Blue Jays in the Carrier Dome. Faceoffs and goaltending are areas Hopkins needs to excel at in order to pull the upset.

No. 8 Maryland (4-1): Maryland dominated Princeton this past weekend, defeating the high scoring Tigers 11-4. Princeton came into the game averaging 14 goals per game. The Terp defense was stellar in the win, with goalie Kyle Bernlohr making 11 saves. The defense in front of him was excellent, led by senior Casey Ikeda. Ikeda helped limit several Tiger scorers and picked up an assist in the victory, earning him Big Ten Defensive Player of the Week recognition. Sophomore attackman Matt Rambo scored three times as Maryland won their third game in a row, a streak that has seen them allow only 14 goals during the run.

The Terrapins travel to Philadelphia this weekend to battle the No. 15 Villanova Wildcats. After losing their season opener Villanova has rattled off five consecutive wins. The latest was an 8-3 dissection of Lehigh on Tuesday evening. Villanova is playing with a lot of confidence right now and has a very balanced team. Offensively they average just under 12 goals a game. This is a tough out of conference contest for the Terps.

Michigan (3-4): Like Maryland, Michigan travels to Philadelphia as well this weekend to tangle with St. Josephs (3-4). The Wolverines will look to snap a two game skid when they take the field against the Hawks. The latest setback was to Brown by a final of 22-12. Michigan missed leading scorer Ian King, who did not play against Brown. Scoring slack was picked up by Peter Kraus (3g,2a), scoring his first points of the season, but it wasn?t enough to get the win. They will need to play solid defense in this one, as they have given up a total of 36 goals in their last two games.

St. Joe?s almost pulled off one of the season?s biggest upsets this past Tuesday but fell just short to No. 7 Virginia 15-14. The Hawks are a talented team and will be ready for the Wolverines. In addition to returning home for the game a huge crowd is expected as it is Alumni and Family Day at St. Joe?s.

Ohio State (5-2): Avenging losses is always sweet, and Ohio State did just that last weekend. The Buckeyes knocked off Hofstra 9-8, getting some revenge for a loss to the Pride in 2014. The result marked the fourth one goal game the Buckeyes have played this season, going 2-2 in the process. Offensively senior Jesse King continues to shine. He dropped four scores on the Pride and now has 19 goals and 10 assists on the year. Goaltender Tom Carey made 13 saves, including several late in the game. For his efforts Carey was named the Big Ten Specialist of the week.

Ohio State will have their hands full this Saturday as the #4 Denver Pioneers come to Columbus. Denver is one of the most gifted teams in the country and are coming off of a huge win over Notre Dame. Names like Wes Berg, Erik Adamson, Zach Miller, and Connor Cannizzaro represent perhaps the most prolific collection of offense in all of lacrosse. But Ohio State does have Carey in the nets, and they also have faceoff man Christopher May. May is winning 71% at the faceoff dot.

Penn State (3-3):  Penn State lost to Harvard 12-9 this past Saturday but rebounded nicely against Marist on Tuesday, winning 9-8. Junior attackman TJ Sanders was on fire, whipping home five goals on nine shots. With 15 goals now on the season Sanders seems to have found the scoring touch that evaded him a season ago. Redshirt Sophomore Connor Darcey made 10 saves and has been solid all year long for the Nittany Lions. He is saving 57 percent on the season.

Next up for Penn State is a battle up north versus UMass. The Minutemen started the season 0-5 but picked up their first win of the season against Quinnipiac 18-5. Both Penn State and UMass enter this game with a lot of momentum and a high level of familiarity with one another; these two were rivals in the Colonial Athletic Association prior to Penn State joining the Big Ten Lacrosse conference.

Rutgers (2-5): In the midst of a three-game slide, the Scarlet Knights look to get their mojo back this weekend versus Delaware. If they want the win they will have to get it on the road. It might be just what this teams needs as they have dropped three straight at home against Monmouth, Army, and Stony Brook. One bright spot continues to be faceoff man Joe Nardella. The senior has won 70 percent of his draws. One area of concern for Rutgers is in the goal. Three different players have started for Rutgers between the pipes this season. Jake Anderson, a junior, has started the last two games.

The Blue Hens (3-4) are coming off a big 11-7 win over Binghamton. Their biggest victory to date is a 18-6 shellacking of Holy Cross, a team that has upset both Loyola and Army.