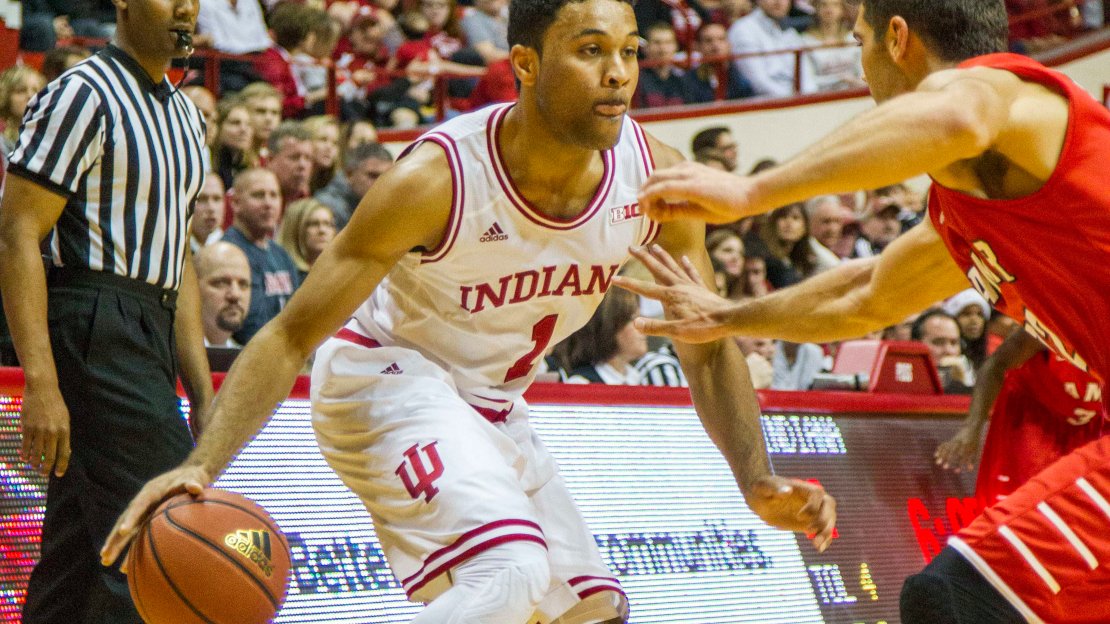 The basketball season is nearly two weeks old and every Big Ten team has played at least three games, so it's a good time to post my latest Big Ten Power Rankings, presented by ArcelorMittal.

1. Wisconsin (4-0). If Nigel Hayes continues to play this well, the Badgers may have three All-Americans. Battle for Atlantis is top shelf and will give Badgers a gauntlet to navigate.
Preseason rank: 1

2. Michigan State (2-1). The Spartans don't shy away from competition early in their schedule, and they will get more tests this week in Orlando. They could face Kansas in final.
Preseason rank: 3

3. Michigan (3-0). The Wolverines were pushed a bit at home by Detroit, but they found a way to win. The schedule picks up with Oregon and Syracuse over next nine days.
Preseason rank: 4

4. Nebraska (2-1). Terran Petteway can't have eight turnovers and the Huskers can't give up 16 offensive rebounds to Rhode Island if they want to be considered elite. They can right the ship the next two games.
Preseason rank: 2

5. Ohio State (3-0). I never question Thad Matta, but we won't know much about this version of Buckeyes until they travel to Louisville next week. I do know D'Angelo Russell can score in a phone booth!
Preseason rank: 5

6. Illinois (3-0). Georgia Southern put a scare into the Illini, and they have responded well since. Suddenly hot Miami in the ACC/Big Ten challenge will be a good measuring stick.
Preseason rank: 6

7. Minnesota (3-1). Kudos to Richard Pitino for challenging his Gophers early with Louisville. Next two games, at St. John's and at Wake Forest, continues the trend for this veteran team.
Preseason rank: 7

8. Indiana (4-0). The Indiana program has been highly scrutinized since the Devin Davis incident. You wouldn't know it by the way James Blackmon Jr. and Robert Johnson have played, though.
Preseason rank: 12

9. Iowa (2-2). The Hawkeyes have played the toughest schedule in Big Ten thus far. And they still appear to struggle with their understanding of how to close out games down the stretch.
Preseason rank: 8

10. Maryland (3-0). Similar to Ohio State, the jury is still out with the Terps. We'll find out a lot more as they face old ACC rival Virginia in ACC/Big Ten challenge next week.
Preseason rank: 9

11. Purdue (3-0). The young Boilers look like they have the defensive intensity back. With Maui Invitational up next, Boilers will get a good test vs. Kansas State, and possibly Arizona and San Diego State. Whoa!
Preseason rank: 13

12. Penn State (4-1). After heartbreaking loss to Charlotte, the Nittany Lions battled back with two close victories in the Charleston tourney. Pat Chambers will need heart medication if they keep this up.
Preseason rank: 10

13. Northwestern (4-0). The Cardiac 'Cats are finding a way to win, thanks to Tre Demps. Progress is being made with this young group. Don't know if they would've won their last two games a season ago.
Preseason rank: 11

14. Rutgers (2-1). After a 17-point home defeat in the season opener, the Scarlet Knights may be finding their rhythm. Three of the next four games (Vanderbilt, at Clemson, at Seton Hall) will reveal a lot about this team.
Preseason rank: 14