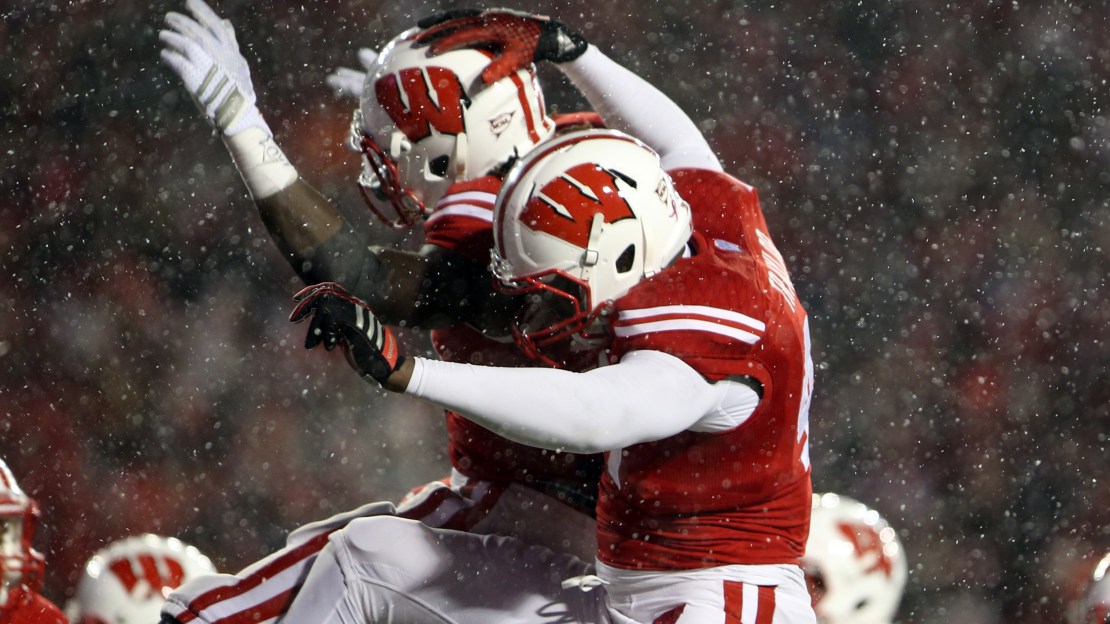 Ohio State continued to show why it?s the Big Ten?s best team. And how about Wisconsin? The teams look to be headed for a showdown in the Big Ten title game.

1. Ohio State (9-1, 6-0). The Buckeyes had to work for it, but they gutted out a tough win at Minnesota after an emotional victory at Michigan State. No letdown. Impressive.
Last week: 1
Up next: Indiana

2. Michigan State (8-2, 5-1). The Spartans rebounded with a methodical win at Maryland. However, they must win out and have Ohio State (vs. Indiana; vs. Michigan) lose out to claim the East Division.
Last week: 2
Up next: Rutgers

3. Wisconsin (8-2, 5-1). A blowout win vs. Nebraska fueled by Melvin Gordon?s record day is proof the Badgers are the best in the Big Ten West. Also, yes, the defense aced its first true test and is legit.
Last week: 3
Up next: at Iowa

4. Nebraska (8-2, 4-2). A 17-3 lead melted into a 59-24 loss. This defeat looked depressingly similar to some recent Husker meltdowns. How will Bo Pelini and Nebraska respond?
Last week: 4
Up next: Minnesota

5. Minnesota (7-3, 4-2). This team lacked the talent to topple Ohio State, although it made it close. No shame in the 31-24 loss. Jerry Kill has a strong program that?s going places.
Last week: 5
Up next: at Nebraska

6. Maryland (6-4, 3-3). The Terps have lost to Ohio State, Wisconsin and Michigan State by a combined 141-46 score. They'll get to battle another Big Ten power in Michigan on Saturday.
Last week: 6
Up next: at Michigan

8. Penn State (6-4, 2-4). The Nittany Lions now have won two in a row and are bowl eligible. Thank goodness for their lights out defense, because the offense continue to struggle.
Last week: 8
Up next: at Illinois

9. Rutgers (6-4, 2-4). The three-game losing skid is finally over. Even better, the Scarlet Knights are bowl eligible for the ninth time in 10 years.
Last week: 9
Up next: at Michigan State

10. Michigan (5-5, 3-3). The Wolverines were off, winners of two in a row and three of four and gearing up for their final two games. They need to win one to be bowl eligible.
Last week: 10
Up next: Maryland

11. Northwestern (4-6, 2-4). The stunning overtime win at Notre Dame means the Wildcats? bowl hopes are alive. Where did all of this offense come from? Who cares? Enjoy.
Last week: 11
Up next: at Purdue

12. Purdue (3-7, 1-5). The Boilermakers, who were off, are left to play spoiler. There?s a chance to end on an up note with a visit from Northwestern and a trip to Indiana.
Last week: 12
Up next: Northwestern