Big Ten Power Rankings: Wisconsin moves up to No. 3, behind East powers 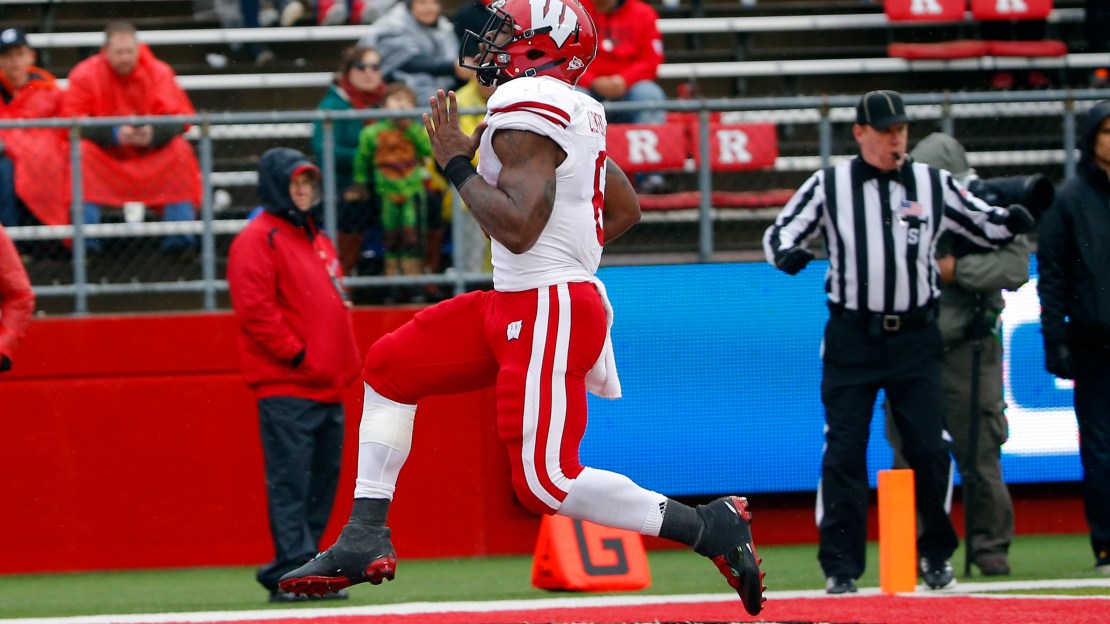 With the way Wisconsin is playing, I think it deserves to be bumped up over Nebraska in my latest Big Ten Power Rankings, presented by ArcelorMittal. And keep an eye on Iowa.

1. Michigan State (7-1, 4-0). The Spartans were off, allowing them a chance to work on their passing game and tighten the screws on the defense in anticipation of the highly anticipated visit from Ohio State.
Last week: 1
Up next: Ohio State

2. Ohio State (7-1, 4-0). The Buckeyes will enter the ?Big Ten Game of The Year? off of an utterly dominant effort vs. Illinois. For what it's worth, Ohio State has won 20 straight Big Ten regular-season games, which ties its own conference record.
Last week: 2
Up next: at Michigan State

3. Wisconsin (6-2, 3-1). This team continues to build momentum behind perhaps the best defense in the Big Ten. Fact of the matter is, no West team is playing better.
Last week: 4
Up next: at Purdue

4. Nebraska (8-1, 4-1). The numbers didn?t look good in the win vs. Purdue, but the results were impressive. Will Ameer Abdullah be OK? Tommy Armstrong must pick it up.
Last week: 3
Up next: off; at Wisconsin

6. Maryland (6-3, 3-2). The emotional win at Penn State showed the Terps have moxie and heart, finding a way to be resourceful down the stretch en route to becoming bowl eligible.
Last week: 6
Up next: off; Michigan State

7. Minnesota (6-2, 3-1). The Gophers are still in a four-way tie for first place in the West in the loss column, but check out their grueling final four-game stretch: (vs. Iowa; vs. Ohio State; at Nebraska; at Wisconsin). The offense needs more balance.
Last week: 5
Up next: Iowa

9. Northwestern (3-5, 2-3). The Wildcats are slumping, losing three in a row. This team?s bowl hopes may be in peril-after missing the postseason last year–in what has been an up-and-down season.
Last week: 9
Up next: Michigan

10. Penn State (4-4, 1-4). The Nittany Lions saw their losing streak hit four, as the offense continues to flounder. The good news: The schedule eases up. Christian Hackenberg must stay composed.
Last week: 10
Up next: at Indiana

11. Michigan (4-5, 2-3). The Wolverines showed focus in dispatching Indiana in what had been a tumultuous week in Ann Arbor. Can this team make a bowl?
Last week: 12
Up next: at Northwestern

12. Purdue (3-6, 1-4). The Boilermakers saw just how far they have to go after getting ripped at Nebraska, despite outgaining the Huskers. More talent is needed. The injury to WR Danny Anthrop is devastating.
Last week: 11
Up next: Wisconsin

13. Illinois (4-5, 1-4). The Ohio State game is over. Forget it. Turn the page. Move on. The Fighting Illini look for a strong finish with bowl hopes still alive.
Last week: 13
Up next: Iowa

14. Indiana (3-5, 0-4). The offensive issues give the Hoosiers no margin for error, as this team has absolutely no passing game. But the program is making strides. Really.
Last week: 14
Up next: Penn State