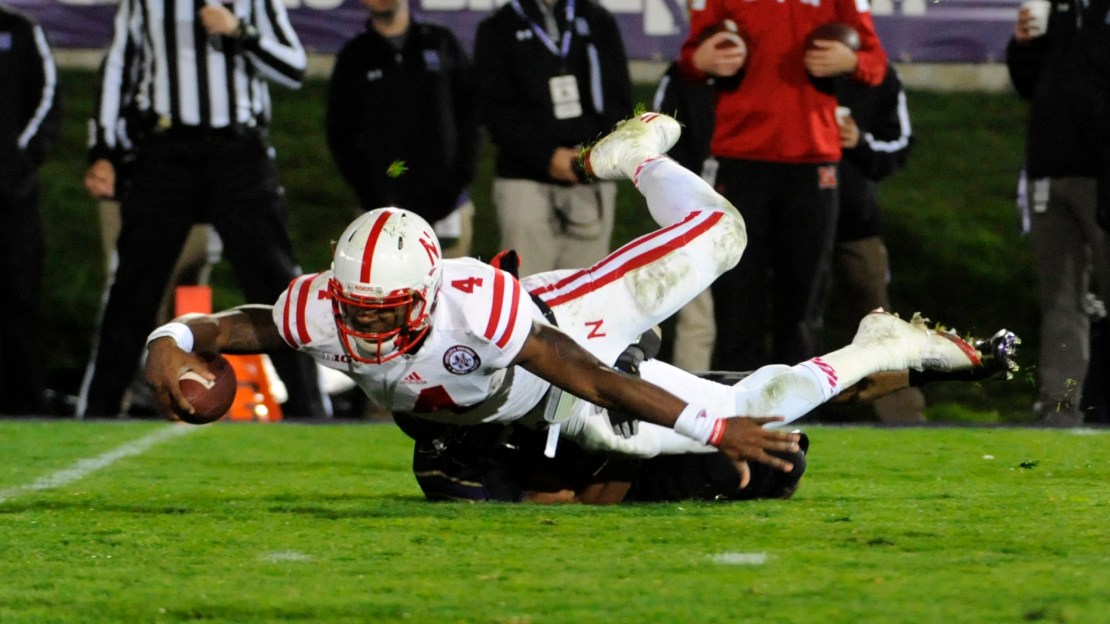 The ?Big Three? remain atop the Big Ten, as my latest Big Ten Power Rankings, presented by ArcelorMittal, feature little movement. A case could be made for moving Ohio State on top above Michigan State. But the Spartans continue to hum along despite some glitches and deserve to stay No. 1.

1. Michigan State (6-1, 3-0). For a second week in a row, it wasn?t always pretty. But the Spartans found a way to survive and advance. Should we be worried about the defense? The offense is just fine, averaging 47 points per game.
Last week: 1
Up next: Michigan

3. Nebraska (6-, 2-1). The Cornhuskers impressed on both sides of the ball at Northwestern. If QB Tommy Armstrong keeps playing well, this will be a tough team to beat.
Last week: 3
Up next: Rutgers

4. Minnesota (6-1, 3-0). A great gut-check win by the Golden Gophers showed the toughness of this team and the acumen of the coaches. Before the 39-38 comeback win, Minnesota had never won after trailing at the half under Jerry Kill.
Last week: 5
Up next: at Illinois

6. Wisconsin (4-2, 1-1). The Badgers were off, presumably giving the staff time to figure out how to manage a less-than-ideal quarterback situation. The visit from Maryland is huge.
Last week: 7
Up next: Maryland

9. Northwestern (3-4, 2-2). Unless the Wildcats find some offensive mojo, they will struggle to stay relevant in the West. Imagine what Justin Jackson could do with a prolific passing game?
Last week: 8
Up next: off; at Iowa, Nov. 1

11. Michigan (3-4, 1-2). The bye week came at the perfect time, fresh off a much-needed win and right before traveling to rival and Big Ten frontrunner Michigan State.
Last week: 10
Up next: at Michigan State

12. Penn State (4-2, 1-2). The Nittany Lions never may patch up an offensive line that continues to struggle. How will PSU block this monster Ohio State d-line on Saturday?
Last week: 11
Up next: Ohio State

13. Indiana (3-4, 0-3). The Hoosiers showed fight vs. Michigan State behind first-time starting quarterback Zander Diamont. The bye week comes at a good time, allowing the offense time to develop.
Last week: 13
Up next: off; at Michigan, Nov. 1

14. Illinois (3-4, 0-3). The Fighting Illini were off, giving the staff time hopefully to fix a defense that has myriad leaks and figure out what to do at quarterback.
Last week: 14
Up next: Minnesota