Big Ten Power Rankings: How far did Michigan move up this week? 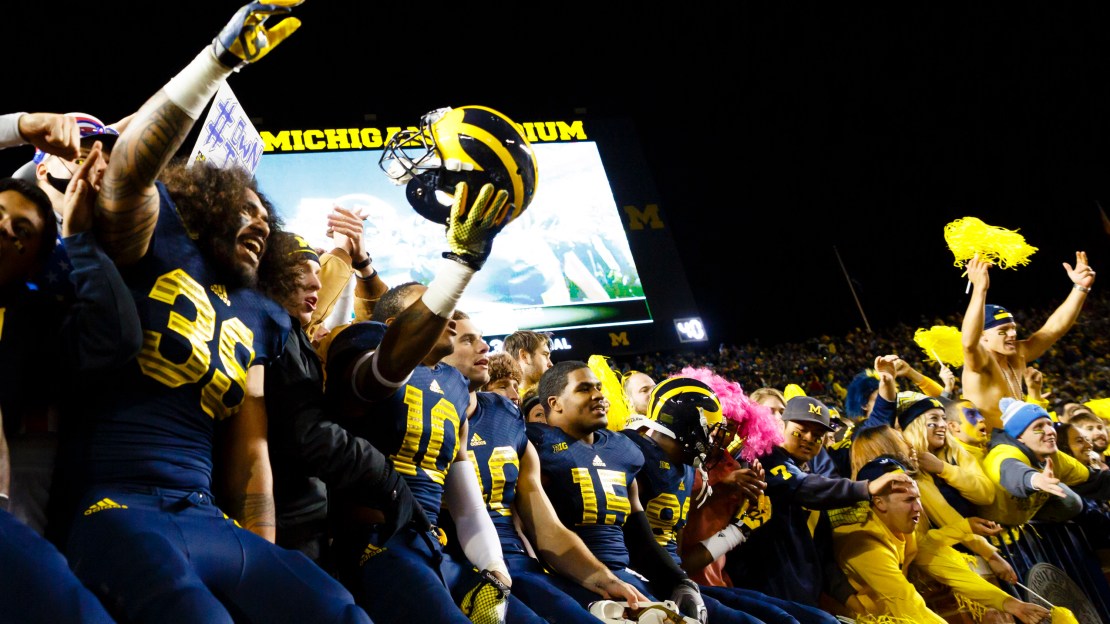 There's not much movement in my latest Big Ten Power Rankings, presented by ArcelorMittal. The biggest mover: Northwestern dropped to No. 9 following its loss at Minnesota.

2. Ohio State (4-1, 1-0). The Buckeyes are coming on, as their offense is gaining mojo behind QB J.T. Barrett. This is a dangerous team with championship potential.
Last week: 2
Up next: Rutgers

3. Nebraska (5-1, 1-1). The Cornhuskers will have had two weeks to prep for the Northwestern. Can?t wait to see the Husker offense battle the NU defense in what has been an exciting series the last three years.
Last week: 3
Up next: at Northwestern

6. Rutgers (5-1, 1-1). The Scarlet Knights have been the Big Ten?s biggest surprise. Can they keep it up as the schedule gets more difficult? We'll find out this Saturday at white-hot Ohio State.
Last week: 6
Up next: at Ohio State

7. Wisconsin (4-2, 1-1). Melvin Gordon and an underrated defense will keep the Badgers in every game. Can the quarterback play improve? It has to if the Badgers hope to win the West.
Last week: 8
Up next: off; Maryland, Oct. 25

8. Maryland (4-2, 1-1). The Terps need to tighten their defense if they want to be an upper-division team in the East. The visit from Iowa will be a nice test.
Last week: 9
Up next: Iowa

9. Northwestern (3-3, 2-1). The defense is legit, as is true freshman running back Justin Jackson. Still, the Northwestern offense needs more big-play ability and explosiveness.
Last week: 4
Up next: Nebraska

12. Purdue (3-4, 1-2). The Boilermakers are vastly improved from last year, but work remains to be done along both lines before Purdue can take the proverbial next step.
Last week: 12
Up next: at Minnesota

13. Indiana (3-3, 0-2). The loss of QB Nate Sudfeld crippled this offense at Iowa. He must return, as Tevin Coleman can?t do it all. How long will Sudfeld be out?
Last week: 11
Up next: Michigan State

14. Illinois (3-4, 0-3). It?s seemingly going from bad to worse for the Illini, as the defense continues to struggle and the offense works with backup quarterbacks.
Last week: 14
Up next: off; Minnesota, Oct. 25