Big Ten Power Rankings: Northwestern soars up to No. 4 on latest list 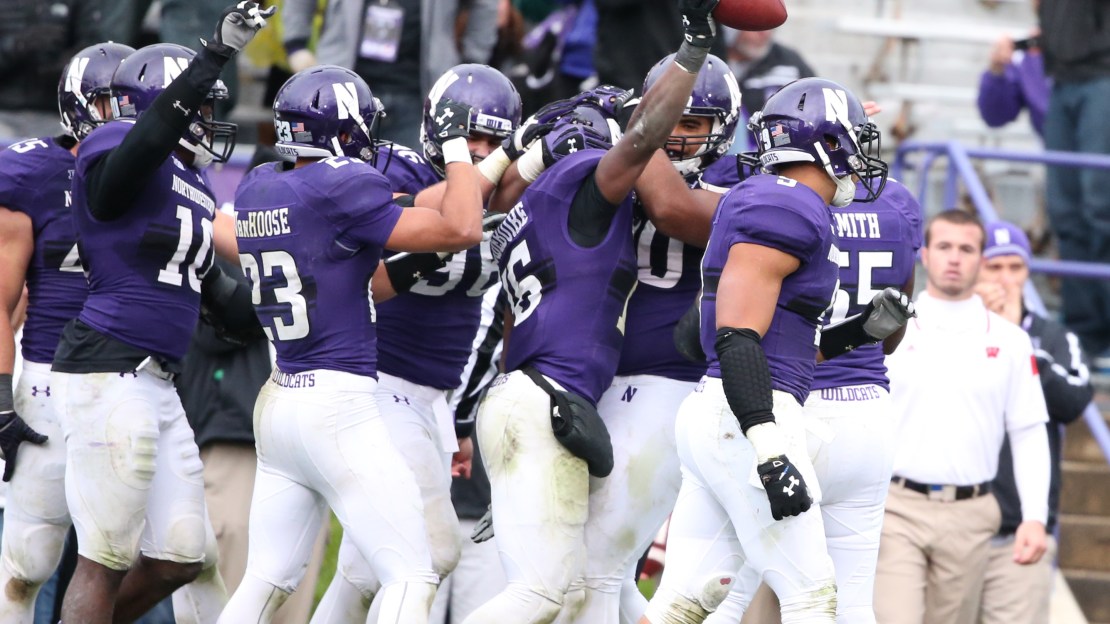 While the rest of college football was wrecked by upsets, the Big Ten script basically played out as expected-save for Northwestern?s win vs. Wisconsin. See my latest Big Ten Power Rankings, presented by ArcelorMittal.

1. Michigan State (4-1, 1-0). The Spartans sent a loud message that they are still kings of the Big Ten hill. Who?s gonna knock them off? MSU could meet Nebraska again in the Big Ten title game.
Last week: 1
Up next: at Purdue

2. Ohio State (4-1, 1-0). This team is only going to get better and better as J.T. Barrett matures (he's already darn good) and the back end of the defense develops. Can?t wait for OSU?s visit to Michigan State on Nov. 8.
Last week: 3
Up next: off; Rutgers

3. Nebraska (5-1, 1-1). The Cornhuskers took too long to come alive at Michigan State, falling behind 27-3 before a 19-point fourth quarter. This still is the best team in the West. And it may get another shot at Michigan State in the league title game.
Last week: 2
Up next: off; at Northwestern

4. Northwestern (3-2, 2-0). The Wildcats have risen from the dead (0-2 start) to win three in a row behind an athletic defense and emerging offense that is finding balance.
Last week: 10
Up next: at Minnesota

5. Iowa (4-1, 1-0). The Hawkeyes remain a work in progress coming off a bye. It will be interesting to see how this two-quarterback system works.
Last week: 6
Up next: Indiana

6. Rutgers (5-1, 1-1). The Scarlet Knights may have overacted by rushing the field after beating Michigan, but who cares? This still was a landmark win for RU-the Big Ten?s big surprise.
Last week: 9
Up next: off; at Ohio State

7. Minnesota (4-1, 1-0). The Gophers were off, gearing up for what now is a big visit from Northwestern. If Mitch Leidner and the Gophers can develop a reliable passing threat, this team will be in the race all season.
Last week: 7
Up next: Northwestern

8. Wisconsin (3-2, 0-1). Unless the Badgers figure out their issues at quarterback, this could be a season of unfilled promise. Melvin Gordon can?t do it all himself.
Last week: 4
Up next: Illinois

10. Penn State (4-1, 1-1). The Nittany Lions were off, allowing a chance to shore up the offensive line. This team is on a slippery slope.
Last week: 8
Up next: at Michigan

11. Indiana (3-2, 0-1). The Hoosiers got back on the winning track. Most vital: QB Nate Sudfeld got back on track after a rough game vs. Maryland. Bowl hopes still float.
Last week: 11
Up next: at Iowa

12. Purdue (3-3, 1-1). The Boilermakers got a huge win to stop a nine-game Big Ten losing skid. This is something for Darrell Hazell to build on. The Austin Appleby era has begun.
Last week: 14
Up next: Michigan State

13. Michigan (2-4, 0-2). The losing skid is at three, but the Wolverines showed life on offense and overall fight. This is something for the beleaguered program to build on. Still, Michigan is 0-2 in the Big Ten for the first time since 1967.
Last week: 13
Up next: Penn State

14. Illinois (3-3, 0-2). The issues on defense are threatening to torpedo the Fighting Illini?s season. This team may be pressed to win another game. The season officially is at Defcon 1.
Last week: 12
Up next: at Wisconsin