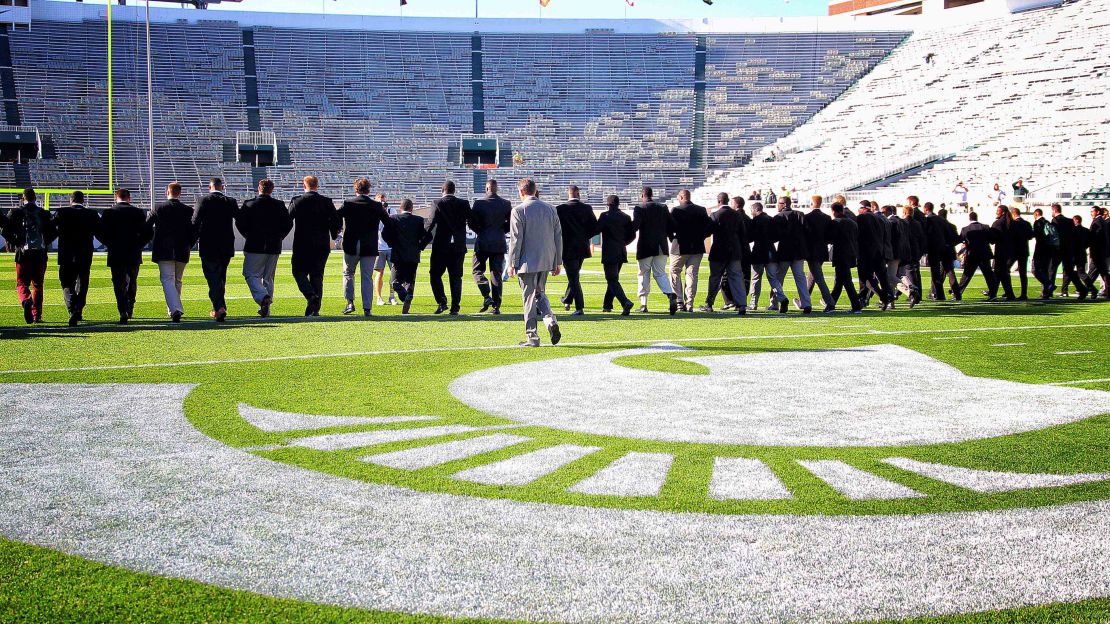 In case you haven't heard, perfect Nebraska faces reigning Big Ten champ Michigan State on Saturday night in a game many think could be a preview of the 2014 Big Ten title game.

Five days before the big game, @FauxPelini and Michigan State punter Mike Sadler (@Sadler_3) had some fun to get everyone ready.

@FauxPelini kicked off the festivities with this tweet, and the two went on to have a humorous back-and-forth.

Get our latest Gone Viral posts:

Read the interaction below:

@FauxPelini yes! Sure fire way to raise awareness for punters getting benched syndrome.

@FauxPelini or what if I ran a fake field goal or something to demonstrate how to combat restless leg syndrome?

@FauxPelini yeah I could see that. Kinda like taking away the luster from my heisman campaign by sending out AA batteries tho.

@FauxPelini maybe he could return a punt and ninja kick me in the face or something.

@FauxPelini and when they score touchdowns*

@FauxPelini Well that is one way to have 5 turnovers in a game. Wonder when the last time that happened was…?

@FauxPelini sticks and bones may break my bones and running fakes up the middle against your linebackers will always hurt me.

@FauxPelini He has more muscle in his arm than I do in my entire body. I would like to avoid any confrontation with him as much as possible.

This isn't the first time the two accounts have communicated, as they've previously discussed the fake field goal, which Sadler brought up here, in the video above.