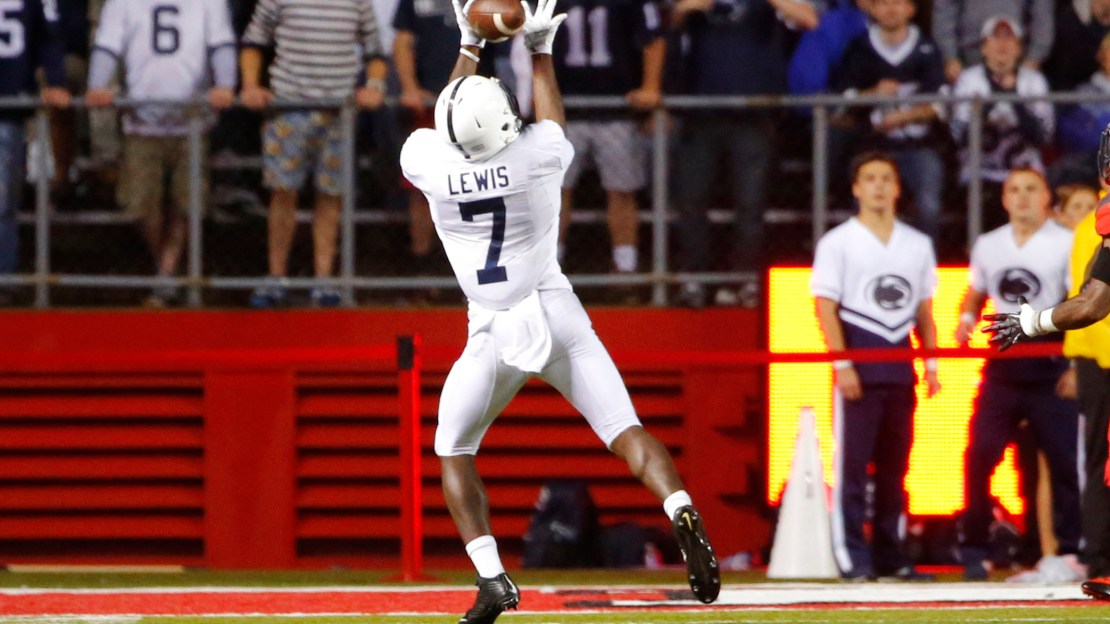 My latest Power Rankings got jumbled following another crazy Saturday that featured some surprise results. But the top two teams remain the same.

1. Michigan State (1-1). The Spartans were off, licking their wounds after the Oregon loss and getting ready for a run at perfection to the end the regular season. They can do it. In fact, MSU should be favored in every remaining game.
Last week: 1
Up next: Eastern Michigan

2. Ohio State (2-1). Not sure what we learned from the Buckeyes? 66-0 win vs. Kent State. Let?s go ahead and call it a ?confidence builder.? A visit from Cincinnati in two weeks may be interesting.
Last week: 2
Up next: off; Cincinnati, Sept. 27

3. Nebraska (3-0). It?s always good to go on the road and take care of business. That?s exactly what the Cornhuskers did, continuing to develop chemistry en route to avalanching Fresno State. This looks like the best team in the West.
Last week: 7
Up next: Miami (Fla.)

4. Penn State (3-0, 1-0). This team suddenly is very relevant in the Big Ten East. If the offensive line can hold up, this could be a nice debut season for James Franklin. No team has more confidence.
Last week: 9
Up next: UMass

5. Wisconsin (1-1). The Badgers were off, presumably allowing QB Tanner McEvoy to improve. This is a well-coached team that figures to get better.
Last week: 8
Up next: Bowling Green

6. Maryland (2-1). A tough home loss to West Virginia showed the Terps have some work to do. Still, Maryland won?t see an offense that good the rest of the season. This is still a team to watch.
Last week: 3
Up next: at Syracuse

7. Michigan (2-1). A win is a win, right? The Wolverines didn?t look great in dispatching a hapless Miami (Ohio) team that brought an 18-game losing skid to Ann Arbor. Good to see the ground game thrive, although it was only the Redhawks.
Last week: 10
Up next: Utah

8. Minnesota (2-1). It?s this simple-until a better passing game is developed, this team will struggle to win games. The defense and rushing attack can?t carry the water every week.
Last week: 4
Up next: San Jose State

9. Rutgers (2-1, 0-1). A tough home loss in which it led for more than 40 minutes vs. Penn State spoiled the program?s Big Ten debut. Still, the Scarlet Knights can build on this if they put the emotion of the loss behind them. This was gut-wrenching.
Last week: 5
Up next: at Navy

10. Iowa (2-1). The Hawkeyes had been playing with fire the first two weeks. Well, they finally got burned in a loss by Iowa State. You wonder if they?ll get things fixed with the rushing game.
Last week: 6
Up next: at Pitt

11. Indiana (1-1). An ugly loss at Bowling Green exposed holes in a Hoosiers? defense that looked a lot like the porous 2013 defense. This isn?t good.
Last week: 11
Up next: at Missouri

12. Illinois (2-1). The mojo from a 2-0 start halted abruptly in a blowout loss at Washington. What direction will the Fighting Illini go from here?
Last week: 12
Up next: Texas State

13. Northwestern (0-2). The Wildcats were off, left to contemplate an 0-2 start that has shrouded this team in questions. Saturday is a must-win.
Last week: 13
Up next: Western Illinois

14. Purdue (1-2). A loss is a loss, but the Boilermakers showed fight in the defeat vs. Notre Dame. Better play is needed in the trenches to turn the corner.
Last week: 14
Up next: Southern Illinois