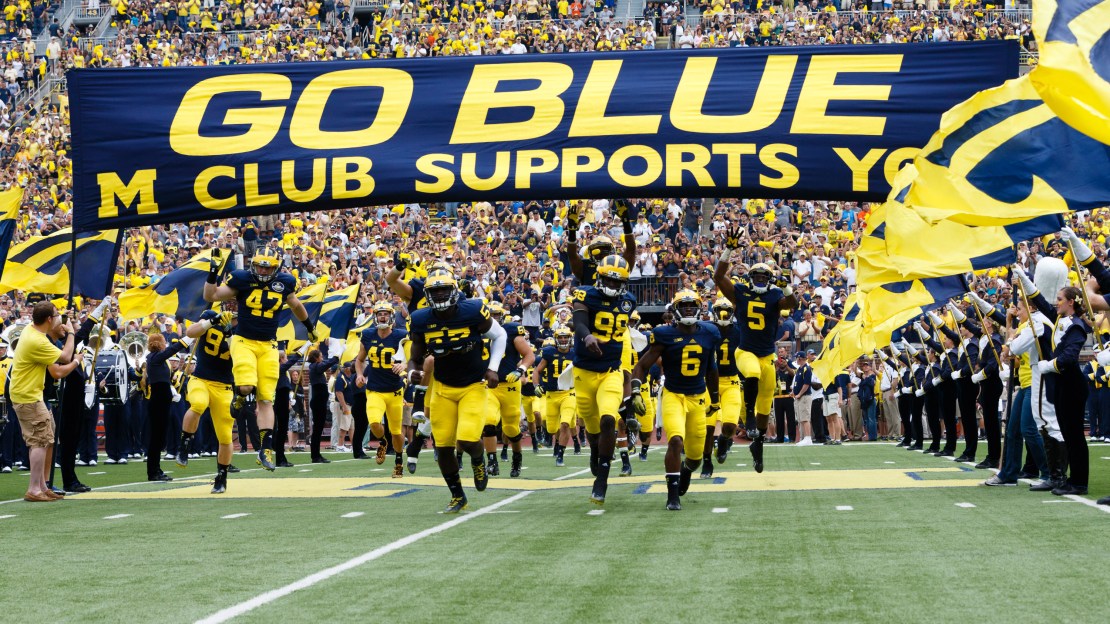 The first week of action is in our rear-view mirror. There were some surprising wins-and surprising losses. It was a very good week, as the Big Ten went 12-2. It would have been a spectacular week if Wisconsin had held on vs. LSU and Northwestern?s rally vs. Cal had not come up short.

1. Michigan State (1-0). Offense? Check. Defense? Check. Special teams? Check. The Spartans picked up where they left off last season in a dominating debut. Good thing, because a huge trip to Oregon looms. Win that, and start dreaming big.
Last week: 1
Up next: at Oregon

2. Ohio State (1-0). No Braxton Miller, no problem. J.T. Barrett showed promise and helped the Buckeyes pull away late vs. Navy in his debut. This still could be a very special season in Columbus, as the Buckeyes rally around adversity.
Last week: 2
Up next: Virginia Tech

3. Iowa (1-0). Winning ugly. That?s what the Hawkeyes did vs. Northern Iowa. Who cares? A win is a win. Like a fine wine, Iowa will only get better with time.
Last week: 3
Up next: Ball State

4. Nebraska (1-0). Florida Atlantic was a glorified speed bump for the Cornhuskers, who racked up 763 yards of offense, a Big Ten modern-era record. Ameer Abdullah showed why he?s one of the nation?s best backs, too, chipping in with a career-high 232 yards rushing. This had to make the kinder, gentler Bo Pelini smile.
Last week: 4
Up next: McNeese State

5. Michigan (1-0). Revenge is even sweeter after time. And that?s just what the Wolverines exacted from Appalachian State. Michigan needs to bottle this performance. Can Devin Funchess be stopped?
Last week: 6
Up next: at Notre Dame

6. Wisconsin (0-1). The quarterback position and passing game were big concerns a week ago. They still are, as the Badgers suffered an epic meltdown vs. LSU. Oh-by-the-way: How could Wiscy had not known a fake punt was coming?
Last week: 5
Up next: Western Illinois

7. Maryland (1-0). No sense in watching the film of the opener vs. James Madison. Everything worked. Take my word for it. My opinion of the Terps hasn?t changed: This team is a sleeper.
Last week: 7
Up next: at South Florida

8. Minnesota (1-0). The defense is strong. The offense? Concerns persist. Unless the passing game improves, matching last year?s eight-win total may be difficult.
Last week: 8
Up next: Middle Tennessee

9. Penn State (1-0). The James Franklin era couldn?t have opened any other way: with the dramatic flash of a game-winning field goal as time expired. Perfect. Yes, depth is thin. But confidence is high. And that?s a good thing.
Last week: 9
Up next: Akron

10. Rutgers (1-0). No team had a more inspiring opening win. The Scarlet Knights overcame a long trip west, defensive struggles and a deficit to win at Washington State. This team is tough. This team has grit. This team is better than you think.
Last week: 13
Up next: Howard

11. Indiana (1-0). The Hoosiers took an unconventional path to victory in their opener-they ran, ran, ran. Hey, it worked. The best thing, however, was the fact the often-maligned defense yielded just 10 points.
Last week: 10
Up next: off

12. Illinois (1-0). It wasn?t pretty and took a second-half rally to ease past a FCS team. Still, the Illini showed grit with 21 fourth-quarter points. Even better-it looks like QB Wes Lunt is as good as advertised.
Last week: 12
Up next: Western Kentucky

14. Purdue (1-0). It wasn?t always pretty. And the defense has some big issues. Forget all of that: The Boilermakers won, beating a FBS team for the first time since Nov. 2012 behind an offense that showed life after a listless 2013.
Last week: 14
Up next: Central Michigan