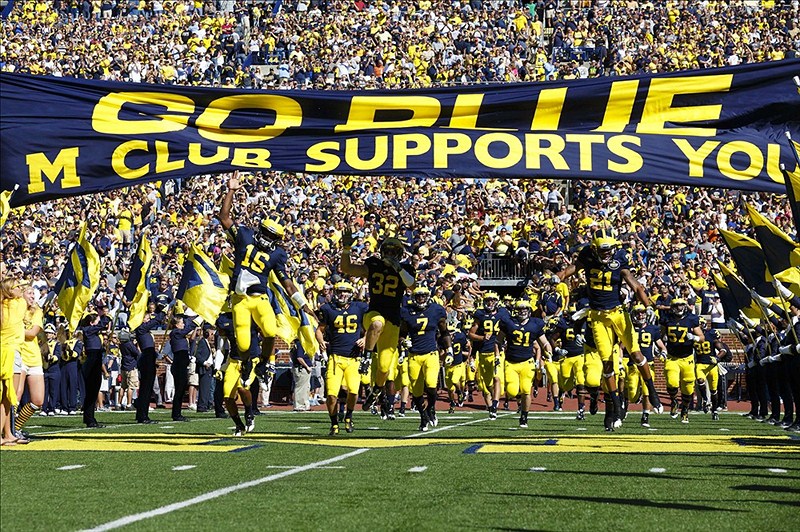 Talk to anyone in and around the Michigan program, and they?ll tell you there were leadership issues on the team in 2013. Well, there?s a new leadership structure on this year?s club. And linebacker Jake Ryan thinks it?s a good thing. Hey, after last season?s swoon, anything is worth a try, right?

In year?s prior, Michigan elected captains before the season. But the team won?t name captains until after the season in 2014.

Iowa fans are well aware of the dangers of the Northern Iowa game this weekend. But, in case they have forgotten, here are five reasons for the Hawkeyes to be prepped for the Panthers.

More Iowa: You need to check out the OnIowa Podcast from Marc Morehouse and Scott Dochterman of the Cedar Rapids Gazette. Always informative from two of the Big Ten?s best writers/reporters.

The Baltimore Sun has three non-starters who could play key roles this fall for Maryland, which just may be a sleeper team.

Keep an eye on RB Wes Brown, who is part of a deep corps after being suspended last year. He has nice speed and good hands. He?s just gifted.

?He?s not fun to tackle,? Terps running backs coach Andre Powell said to the Baltimore Sun. ?When he gets his shoulders squared and starts going downhill, not many people are volunteering to jump in front of him. He?s got good ball skills. He needs work because he missed a hunk of time. But I think by the time we get to game week, he?ll be a guy that we?ll find can help us win.?

Big Ten fans have been spending the last week or so getting to know new Ohio State quarterback J.T. Barrett. Here is something you need to understand: The kid isn?t Johnny Manziel or Jameis Winston, who each made smashing debuts as freshmen.

Unlike Manziel and Winston, who had veteran casts upon their debuts, Barrett does not. He?ll need to play within the system with a pared-down playbook. And he can?t turn over the ball working behind a line with four new starters as a new running back is broken in.

"Him being a young guy, not having a lot of experience, we just have to make him look better," Ohio State offensive tackle Taylor Decker said. "The line has to play that much harder protecting him. The receivers have to make plays until he gets comfortable.?

Rutgers plays one of the more interesting season-opening games, traveling to Seattle to take on Washington State. Dan Duggan of N.J.com has 10 under-the-radar Scarlet Knights to watch this season.

My fav guy on this list: FS Delon Stephenson. He?s quick, versatile and savvy. And he makes plays. Watch him soar in a Rutgers? secondary that has a lot to prove.

There is optimism around the Minnesota program as it enters its fourth season under Jerry Kill. A big reason for the continued hope is an offensive line that will be the best yet under Kill. Check out this video of Zac Epping on the subject.

During the BTN bus tour, Minnesota OC Matt Limegrover had good things to say about his unit. The best of the bunch: T Josh Campion, a big, versatile blocker.

Could star Nebraska I-back Ameer Abdullah be used to block punts this season? Maybe. Tom Shatel of Omaha.com thinks that would send a bold message to teammates. Hey, if Ameer can play on special teams, everyone can.

The gang at the Champaign Room thinks this Illinois season is beginning to look a lot like the 2010 season for the Fighting Illini. Play along.

By the way: Illinois finished 7-6 in 2010 with a Texas Bowl win over Baylor. No doubt, the 2014 Illini would be very pleased with a similar result.

Nice feel-good feature from the great Mike Griffith of Mlive.com on Michigan State defensive end Shilique Calhoun, who overcome childhood adversity to develop into a fine young man-and a heck of a football player. This guy should be one of your favorite players-no matter what school you graduated from.