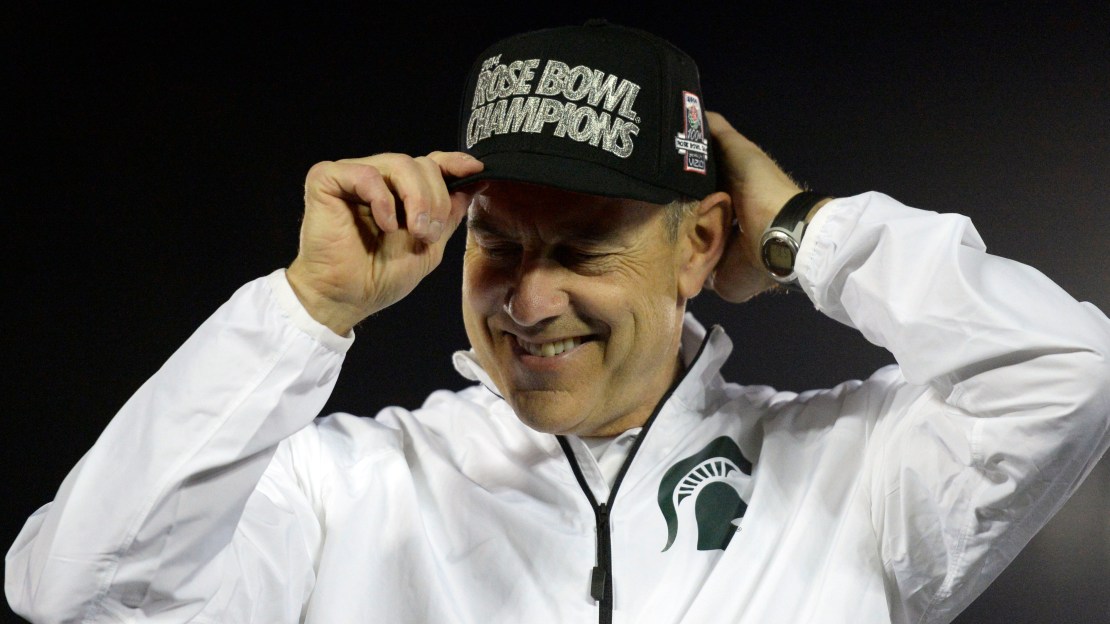 It?s all about the power, right? Whoever has it has the control. And in the Big Ten, the most powerful of the powerful are in the East. But don?t sleep on the West. More shall be revealed as the 2014 season is on our doorstep.

Here is my preseason Big Ten Power Rankings. Feel free to clip and save this.

1. Michigan State. Even before the season-ending injury to Ohio State?s Braxton Miller, I felt the Spartans were the Big Ten?s best team. The offense has morphed from a question to a strength in one year. The defense? It?s as devastatingly good as ever.

2. Ohio State. From 1-85, there isn?t a more talented team. But the defense enters 2014 with questions in the back end. And now, the offense will be directed by a redshirt freshman quarterback. This still can be a very good season. But special?

3. Iowa. It all begins up front for the blue-collar Hawkeyes, who will have great line play on both sides of the ball. If the offense can pass downfield to open room for the run game and the new linebackers excel, this could be a special season.

4. Nebraska. A gentler, softer Bo Pelini has one of his most talented teams. The defense? If could be the Huskers? best since joining the Big Ten – I think I've said this the last few seasons, though. The offense? If it can pass, it should be very good. Go ahead and get excited, Herbie.

5. Wisconsin. Two things remain constant in Madison: 1. Great running backs 2. Strong, powerful offensive line. But after that, issues loom. How will the quarterbacks play? Any No. 1 wideouts? Can the overhauled defensive front seven emerge? Am I the only one worried?

6. Michigan. Brady Hoke is looking to reverse a trend that has seen his win total dip each of the last two seasons. Love the defense. But it?s the offense that will hold the key. No o-line will be under more scrutiny.

7. Maryland. I think the Terps can be a sleeper in their debut season in the Big Ten. The defense has nine starters back. And the offense has some of the league?s best skill. Plus, Randy Edsall can coach.

8. Minnesota. Jerry Kill is building something strong in the Twin Cities. This will be one of the most underrated defenses in the Big Ten-just like last year. The concern: Big-play ability on offense, especially in the passing game.

9. Penn State. Depth issues finally may prove to be ruinous for the Nittany Lions. Will Christian Hackenberg be OK behind that shaky o-line? And Linebacker U is starved. But James Franklin always will win the press conference. And the future? It?s as bright as any team?s in the America.

11. Northwestern. This offense has lost its two most dynamic players: QB Kain Colter (graduation) and RB Venric Mark (transfer), to go along with leading returning receiver Christian Jones (season-ending injury). The defense has talent in the back seven, but the line must get tougher/more physical to avoid missing a bowl for the second season in a row.

12. Illinois. The Illini will have one of the top quarterbacks in the Big Ten in Wes Lunt, who will direct one of the league?s better offenses. The defense? The talent has improved, but has the production? The key will be d-line.

13. Rutgers. The Scarlet Knights have some talent; and new OC Ralph Friedgen is a magician. But Rutgers lacks depth. And a very challenging schedule waits, too. It all may be too much to overcome in the program?s debut.

14. Purdue. The to-do list is long in West Lafayette. At the top: improved play in the trenches. The defense also must tackle better. The offensive skill talent is underrated. If the Boilermakers win four games, they should throw a parade and make Darrell Hazell mayor.