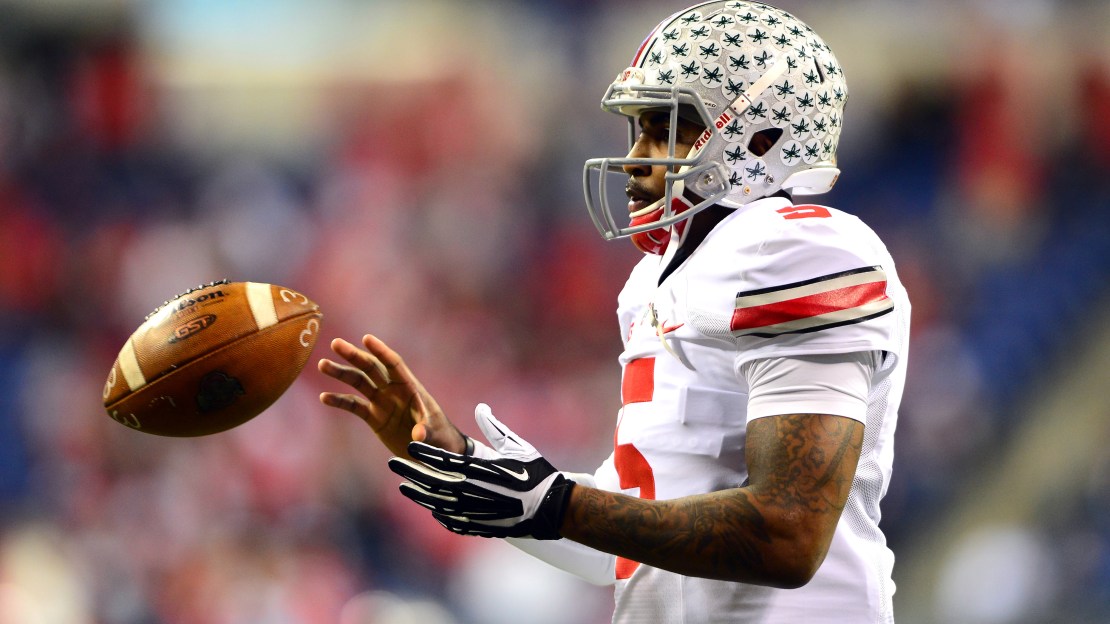 The report by Tim May of the Columbus Dispatch Monday night that Ohio State quarterback Braxton Miller reinjured his right shoulder is bad news for the Buckeyes and the Big Ten. Miller had offseason surgery on the same shoulder, and Bruce Feldman of Fox Sports followed up the Columbus Dispatch report with news that Miller would have an MRI on Tuesday.

If Miller were to miss any playing time, the Buckeyes? offense would likely become more pedestrian. The backup signal-caller is redshirt freshman J.T. Barrett, who has yet to play a game in college and who recently has moved past sophomore Cardale Jones on the depth chart.

Barrett is a nice athlete, but he is nowhere near the skill level of Miller, a two-time Silver Football Award winner.

According to the Associated Press, Ohio State officials declined to confirm Miller was hurt or speak to the severity of the injury.

Miller initially hurt the shoulder in an Orange Bowl loss to Clemson and underwent surgery in February. He was held out of spring ball and was limited in camp this August.

Ohio State is ranked No. 5 in the AP poll, the highest of any Big Ten team.

Ohio State opens the season vs. Navy in Baltimore. Visits from Virginia Tech, Kent State and Cincinnati are next. A trip to Maryland, visit from Rutgers, game at Penn State, visit from Illinois follow. Not a daunting schedule before that big visit to Michigan State on Nov. 8.

With Miller, the Buckeyes have one of the nation?s most dynamic playmakers. Without him, Ohio State would have to lean on becoming a physical rushing team with an offensive line that's breaking in four new starters. Also, projected top back Ezekiel Elliott is just a sophomore who recently injured a wrist.

The Buckeye defense enters 2014 with questions as well. Now, it may have to carry a huge load as the offense adjusts.

Keep your head up homie @BraxtonMiller5

The Braxton Miller injury is as crushing as it gets for playoff aspirant. Four new OL starters + first time QB is a bad combination for OSU.

I was wondering if Stefon Diggs might be the most electrifying skill guy in the Big Ten this year, but hopefully not by default.

I have enough faith in Urban/Herman for Ohio State to have a good year (even B1G title good) but can?t underestimate how great Braxton is.

Does Braxton Miller redshirt and come back healthy in 2015? He's not an NFL quarterback yet anyway. Why go pro after a year off?