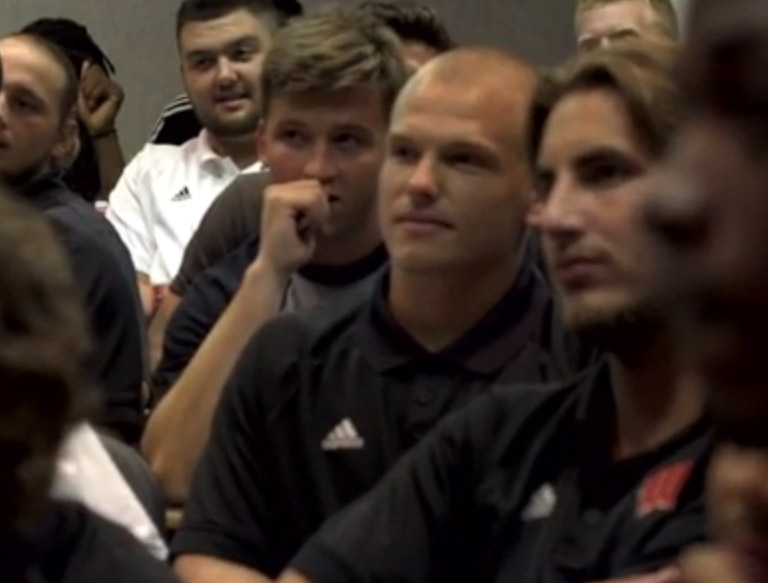 How many scholarships have Gary Andersen and staff awarded Wisconsin walk-ons since they arrived in January 2013: 6, 8 or 10? That was the question Andersen asked walk-on Connor Udelhoven in a trivia game at a team meeting. Udelhoven's answer: "Six?" to which Andersen replied: "Six? Nope, it was eight. But now it's nine; you're on scholarship."

The room, as expected, erupted after the news. Watch the whole scene in the video above.

Check out our other Gone Viral posts: