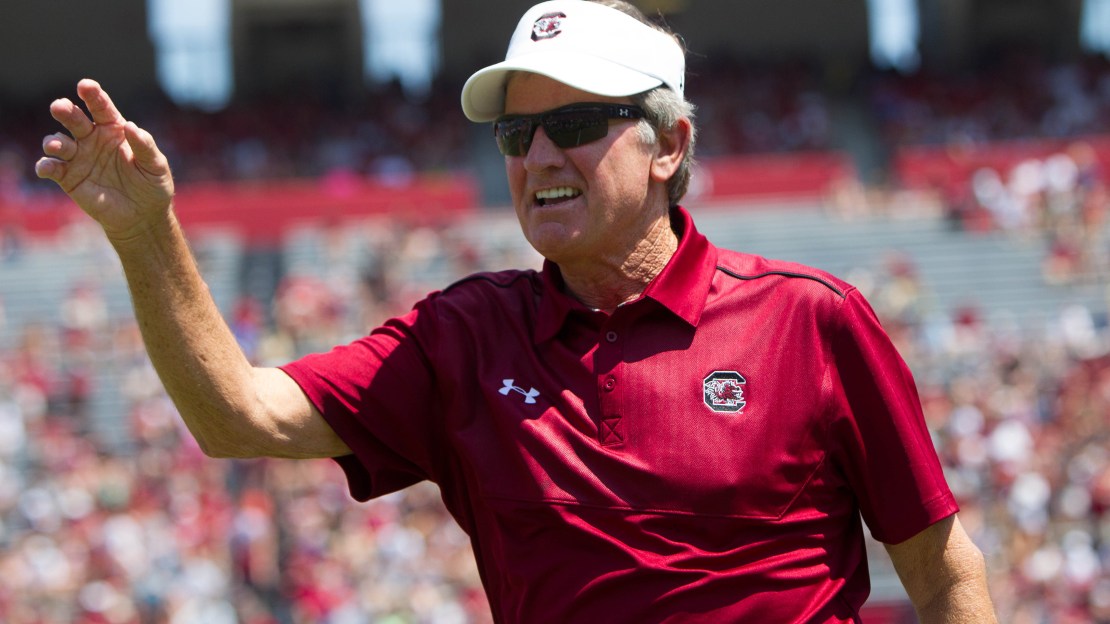 From the can't-the-season-just-start-already file, Steve Spurrier made headlines Sunday by making a jab at the Big Ten. Spurrier, in reference to Nick Saban's idea for the "Power Five" conferences to only play one another, knocked the Big Ten's depth. See the quote in this post.

Check out our other Gone Viral posts:

Spurrier on scheduling, "playing East Carolina is probably tougher than playing one of those bottom tier Big Ten Teams,"

Really, I'm not so sure this is so much a knock on the Big Ten as it is a compliment to East Carolina. The Pirates are fresh off a 10-3 season and are expected to have another solid team.

One expert seems to agree:

Re: Spurrier's comments abt #ECU beating some BigTen teams. I think ECU & Shane Carden could probably beat half the teams in Big 5 leagues.

That said, Spurrier might want to consider his own conference, too, when referencing a lack of depth. The SEC had two winless teams in conference last season, with Arkansas and Kentucky both going 0-8, and six of its 14 teams finished under .500 in SEC play; in comparison, the then-12-team Big Ten had one and five, respectively.