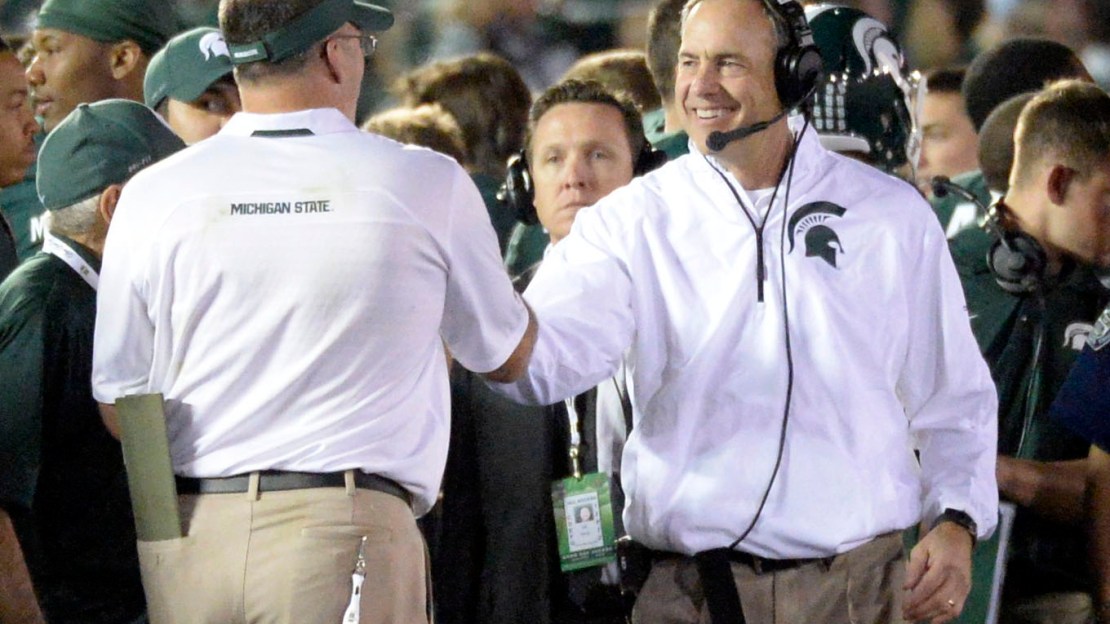 The 2014 preseason Coaches Poll came out Thursday morning, and while four Big Ten teams appear in the top-25 rankings, there are several surprises that stand out. Where is Michigan on the list, or how about Iowa? Which Big Ten teams are ranked too high, or too low? Our BTN.com panelists sounded off on the biggest surprises from the preseason polls.

Tom Dienhart: Iowa being unranked: I was a bit miffed that Iowa wasn?t ranked in the Coaches Poll. Conversely, division rivals Wisconsin (14) and Nebraska (22) both were ranked. In my mind, the Hawkeyes are the team to beat in the Big Ten West. They have a very favorable schedule. In fact, I think Iowa will be favored in every game but one this season: at Pitt. Personnel-wise, the Hawkeyes have the best combination offensive-defensive line in the Big Ten, an emerging quarterback in Jake Rudock and a collection of good running backs. There are concerns, as the linebacking corps is being rebuilt and depth on the o-line and at safety are issues. Still, there is a lot to like about Iowa in 2014.

Sean Merriman: Michigan State being ranked below both Ohio State: Ohio State is a top-10 team, no doubt about it. But what I don't understand is how Michigan State is ranked behind OSU in the preseason poll. Not only did the Spartans beat the Buckeyes in last year's Big Ten Championship game, they return more starters (13) than OSU (12). Urban Meyer's team must find a way to replace its top running back, wide receiver and four starting offensive linemen. On defense, the Buckeyes will have the challenge of replacing their top linebacker (Ryan Shazier) and three of four starters in the secondary. Of course, the Spartans have to replace a decent amount of talent as well, especially on defense. But on the contrary, Mark Dantonio's team returns its top running back, wide receiver and three starters on the offensive line. On defense, the Spartans return reigning Big Ten Defensive Lineman of the Year Shilique Calhoun, as well as All-Big Ten safety Kurtis Drummond. Both of these teams are worthy of a top-10 ranking, but it seems like they should be flipped.

Brent Yarina: Wisconsin at No. 14. Are the Badgers a top 15 team? Maybe at some point this season, but not right now. Not when the Badgers must replace their entire front seven on defense, have no proven wide receiver, and are still deciding on a quarterback to throw to the aforementioned unproven pass-catchers. This is a team that went 9-4 and finished No. 21 in the same poll last season, and that was with what most consider to be a more talented team. Simply put, there are too many questions Wisconsin must answer before it can be considered top-15 material.