Big Ten has embarrassment of riches at RB 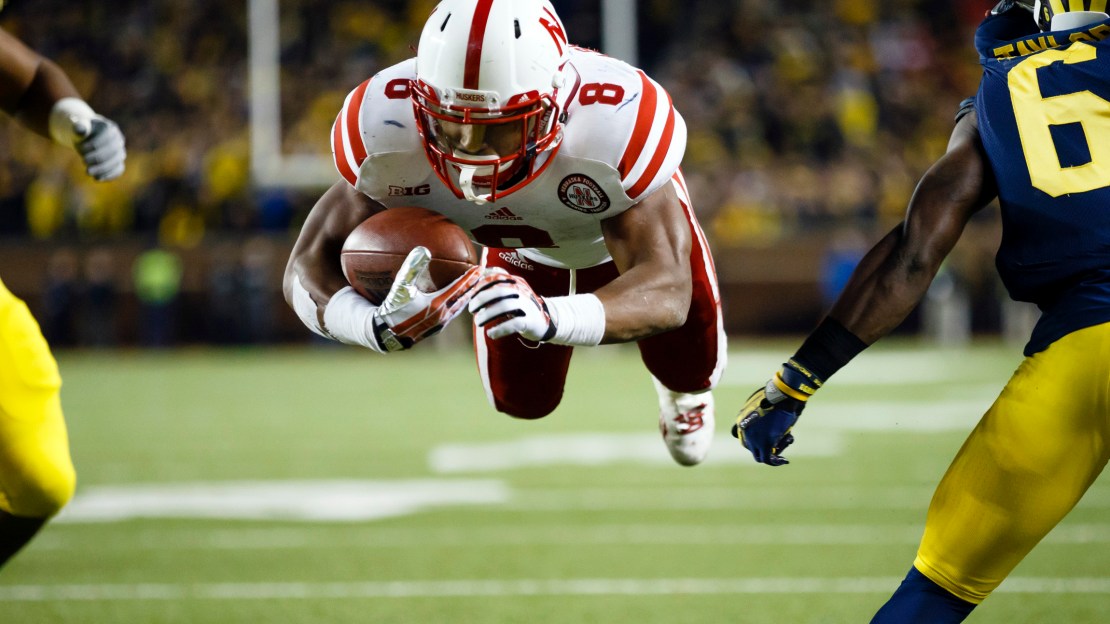 The Big Ten has an embarrassment of riches in the backfield, a loaded contingent of running backs that is perhaps the best collection in the nation.

?The Big Ten always has had good backs and a physical running game,? said Purdue defensive end Ryan Russell. ?That is what makes the Big Ten one of the better conferences. There are a lot of big names this year. And there are some good running quarterbacks, too, like Braxton Miller.?

Heck, Miller may be the best runner of them all. He has 3,054 career yards rushing, averaging 5.5 yards per carry with 32 touchdowns. Check out the career rushing numbers for the top 2014 Big Ten backs.

Eight of last year?s top 10 rushers are back. Ohio State?s Carlos Hyde has departed after pacing the conference with an average of 138.3 yards rushing per game last season in rushing for 1,521 yards. Wisconsin star James White and his 1,444 yards rushing are gone, too.

?Abdullah can beat you single-handedly,? said Minnesota coach Jerry Kill. ?He has an extra gear a lot of people don?t have. Great vision. He?s pretty good. I like him a lot. Langford and Cobb are a lot alike in the way they run. When Mark gets out in the open, it?s over with. He can knock off some big runs. Gordon is a freak of nature. Abdullah and Gordon are pretty special. Gordon has gotten better and better. His backup (Corey Clement) is pretty good, too. Coleman is a good weapon. It will be interesting to see if they run the ball more at Indiana. I know I?d give it to him. (Illinois offensive coordinator Bill) Cubit will use Ferguson well. That is the best hire (Tim) Beckman made. Cubit is a helluva coach. He will put that kid in position to be successful.?

And there is potential for big things from some other Big Ten backs like Michigan?s Derrick Green, who arrived in Ann Arbor touted by some as the nation?s top prep back. Ezekiel Elliott oozes with talent as he tries to replace Hyde at Ohio State. Keep an eye on Bill Belton at Penn State, Berkley Edwards at Minnesota and Jordan Canzeri and Damon Bullock at Iowa. Maryland likes its four backs with Wes Brown, who started three games as a freshman in 2012 before being suspended last season.

Purdue is excited about Raheem Mostert, a former receiver and one of the fastest players in the nation who is the Big Ten outdoor track camp in the 100- and 200-meter dashes, in addition to being the 60- and 200-meter indoor champ.

?This is a good back league,? said Purdue coach Darrell Hazell. ?We have a good one in Mostert, a 10.15 (100-meter) guy who is one of fastest players in college football. He can change a game in one snap. He makes your guys up front better and always keeps you in games.?

The best of the bunch figures to be Abdullah and Gordon, both dynamic runners who almost turned pro after 2013.

Abdullah led the Big Ten in rushing last season despite sharing carries with Imani Cross, another big-time talent. He'll have even more backs competing for carries this fall.

?A big goal is to find ways to get them on the field together,? said Nebraska offensive coordinator Tim Beck of the team's running backs. ?They all are talented. We have two speed backs in Terrell Newby and Ameer Abdullah. They have a perimeter game and can catch the ball. They can take it the distance. Imani Cross and Adam Taylor are bigger guys who can take hits; (they?re) physical backs. It?s nice to have that depth because we probably will need it.?

Gordon will be joined by Clement, who flashed great skill as a true freshman last season with 547 yards rushing (8.2 ypc).

?Corey Clement came in as a true freshman last year and excelled,? said Wisconsin offensive coordinator Andy Ludwig. ?That?s a great 1-2 combo with Melvin Gordon. It is a long season; they are looking for long careers. I would anticipate what we did last year with Melvin and James White, splitting carries. One thing we want to do is get Melvin more involved in the passing game, down-field routes, screens ? whatever. We want to get him touches in other ways.?

The Big Ten backs are even fans among themselves.

?All offseason, I have been looking at Melvin Gordon, trying to steal things from him,? said Minnesota? Cobb. ?Abdullah, Langford. Even Venric Mark, who had some great games in the past. Bill Belton is another one. Weisman is physical. I think you can say that the Big Ten has the deepest set of backs in the nation. They help me get my name out there. I am excited to watch those guys.?