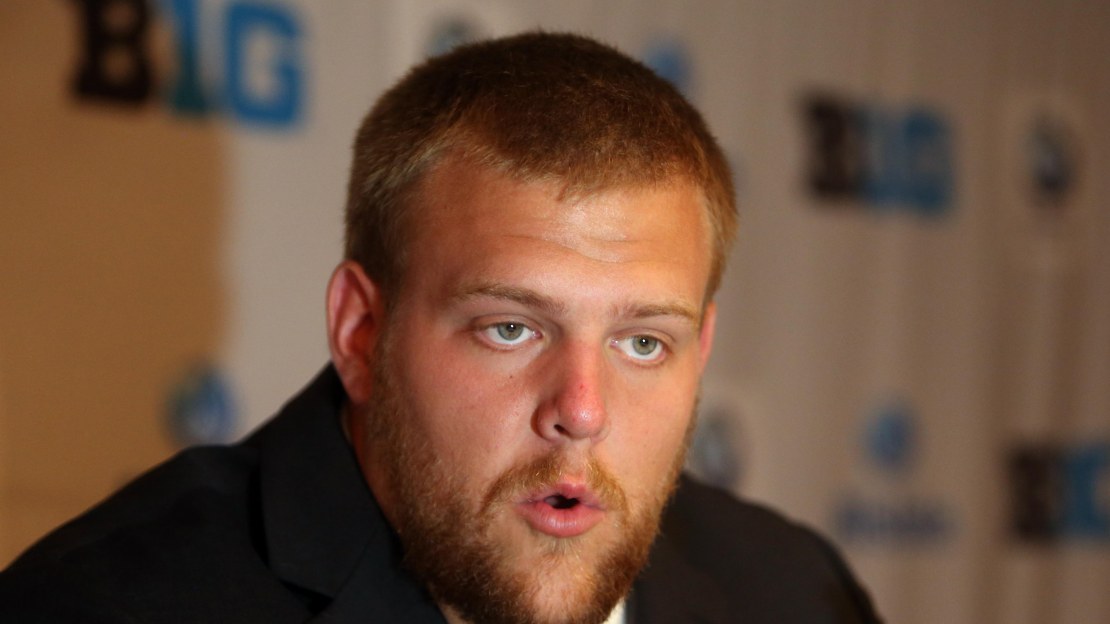 It shouldn't surprise Weisman, or any of the Hawkeyes. As it's been reported plenty of times, five years ago, Scherff was a 290-pound quarterback preparing for his high school junior season. Yes, a 290-pound high school quarterback. Midway through that season, Scherff shifted to tight end, before ultimately moving to his current position as a senior to prep for his Iowa career.

"I was doing whatever they wanted me to (as a quarterback)," Scherff said. "I threw the ball, second-and-5 QB sneaks, whatever they needed me to do."

He estimated he threw for 1,200 yards in his final season under center. He also said he finished a "couple points" shy of advancing to the Punt, Pass and Kick nationals as a youth.

Basically, whatever Scherff does or wherever he plays, his impressive blend of athleticism and strength helps him stand out.

It was last week's clean, though, that is, and will continue to draw, the most attention.

"He's a monster," Weisman said. "The weight room just paused. Everyone, whatever they were doing, they stopped to cheer him on."

"It was an awesome experience," Scherff said.

All this talk about Scherff's strength provoked one media member to ask him "to play a carnival game" and pick him up over his head and guess his weight. Scherff politely declined.