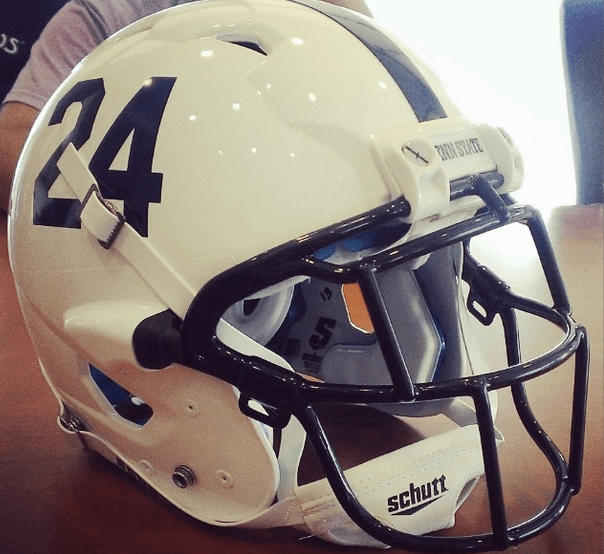 Numbers on the sides of Penn State's iconic helmets are hardly an unfamiliar sight; after all, the team sported the design until the late 1970s and did it again for a game in 2012 to honor injured star linebacker Mike Mauti.

[ MORE: Like uniform designs? Check out our Clothes Call section ]

Speculation that the numbers would return ramped up Monday, and into Tuesday morning, after freshman running back Nick Scott posted the photo above to Instagram. That's Scott's No. 24 on the side of the lid.

Thing is, as this statecollege.com story reports, the helmet is an "office decoration." A Penn State spokesman confirmed the story, saying  that helmet has been in James Franklin's office since he arrived.

What do you think: Should the Nittany Lions bring player numbers back to their helmets?