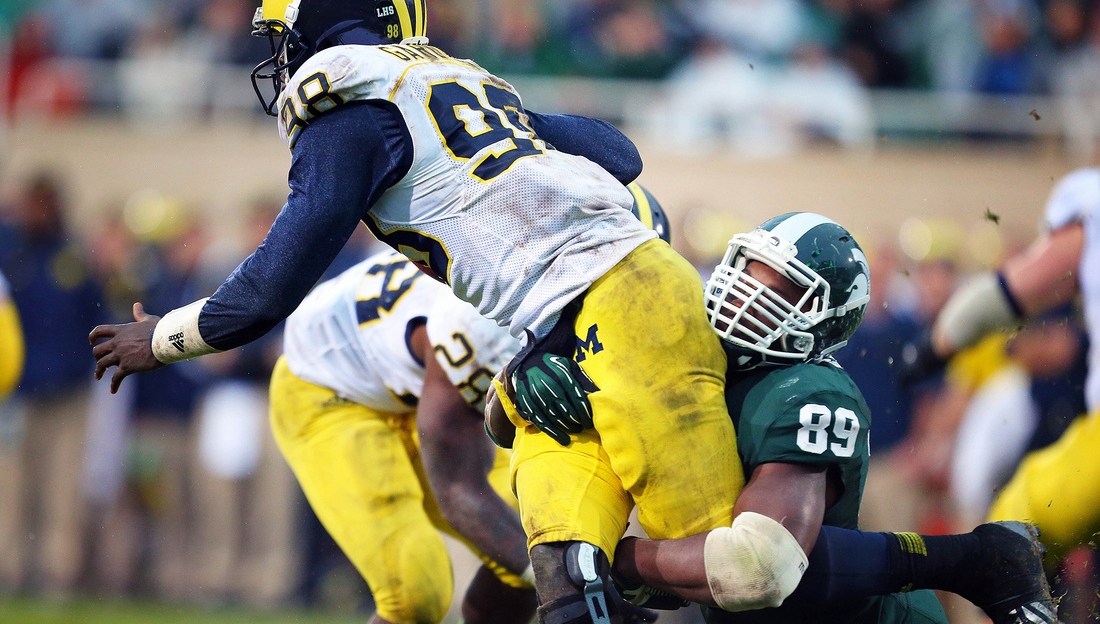 Which Big Ten rivalry is the most intense? Michigan vs. Ohio State, right? That would be the popular answer, but, according to Joe Rexrode, retired Big Ten official Bill LeMonnier takes Michigan vs. Michigan State. Read the full story here.

?The rivalry of an Ohio State-Michigan game was great, but the Michigan-Michigan State game, that was 60 full minutes of intensity,? LeMonnier told Rexrode on Saturday at the league?s annual officiating clinic. ?I don?t mean that in any way negative. Just real intense - you got it from the players, the coaches, the fans, the whole package was there for that three and a half hours. Great place to hang out. This one to me, it?s, like maybe down south, Auburn-Alabama. That in-state rivalry is really something.?

LeMonnier, who is retiring after officiating Big Ten games since 1993, attended the officiating clinic because he is receiving the National Association of Sports Officials' Gold Whistle Award, which recognizes outstanding contributions of sports officials, referees and umpires beyond their officiating.