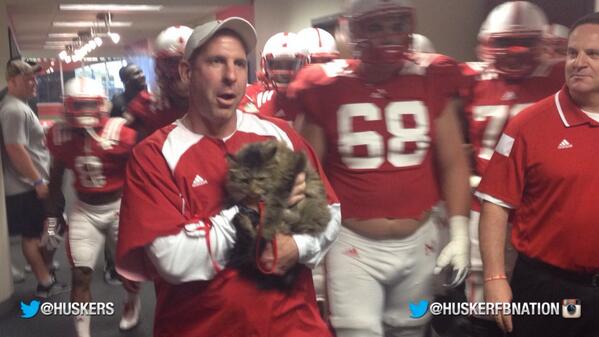 Adding Maryland and Rutgers to the Big Ten

On June 2, the Big Ten announces that Johns Hopkins is set to join the conference this upcoming year as an affiliate member in men's lacrosse. The addition keys the formation of Big Ten men's lacrosse as a league-sponsored sport for the first time in conference history.

Moving the Big Ten basketball tournament to Washington D.C. in 2017

In early May, the Big Ten announced that the 2017 Men?s Basketball Tournament will be played at the Verizon Center in Washington D.C.. This will mark the 20th edition of the tourney and the first time it will be played outside of Indianapolis or Chicago.

One day before the announcement of the Big Ten Tournament moving to Washington D.C., the Big East and the Big Ten announced the establishment of the Gavitt Tipoff Games, an annual early-season series of eight men?s basketball games played between the two conferences and named in honor of Dave Gavitt, founder of the Big East and basketball visionary.

What a place! Going to work here must be a joy every day. The 75,000-square-foot building features all the bells and whistles, including the Big Ten Experience, and it's even attached to a Fogo do Chao. If you're visiting Chicago, we definitely recommend you check this place out.

Iowa: The Hawkeyes don "Team Pat" shooting shirts at the Big Ten tourney for Fran McCaffery's son, Patrick, who was diagnosed with a tumor that turned out to be malignant.

Michigan: Nik Stauskas, a 2013 NBA draft prospect, returns to Michigan and goes on to win Big Ten Player of the Year and lead the Wolverines to the Elite Eight.

Minnesota: Richard Pitino, he of one year of experience as a head coach, is hired at Minnesota. Pitino, of course, led the Gophers to the NIT title.

Nebraska: After a tumultuous 2013 season, Bo Pelini embraces the whole "@FauxPelini" cat thing with a memorable tweet during the BCS title game. He even carried a cat onto the field for the spring game. We love the new Bo.

Northwestern: Hours after a shooting at Purdue, the Northwestern student body painted "Stand with Purdue" on their chests for the Purdue-Northwestern game at Welsh-Ryan Arena.

Ohio State: Two-time Big Ten Offensive Player of the Year Braxton Miller announces that he will return to the Buckeyes for his senior season.

Penn State: James Franklin is introduced as head football coach, and he's compiled one of the nation's top 2015 recruiting classes in his first few months on the job.

Purdue: The Boilermakers destroyed the bleachers in the south end zone and are in the process of adding a temporary patio that will improve the gameday experience at Ross-Ade Stadium.

Wisconsin: Frank Kaminsky and Sam Dekker make the decision to return to school after the Badgers' 2014 Final Four run.