Tim Beck Q&A: What to expect from Nebraska in 2014 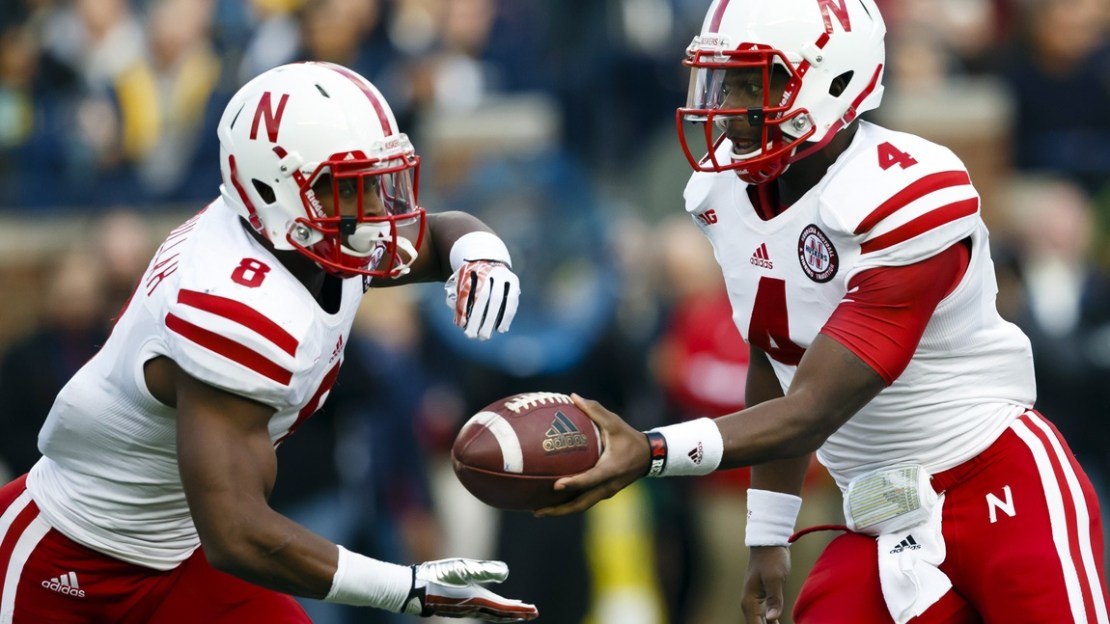 The Big Ten West division shapes up as an interesting, wide-open race, with several schools having legit chances to win it. One of those clubs is Nebraska, a relatively young team with just 13 seniors.

A big reason for optimism is the offense, which could be among the best in the Big Ten. Tim Beck's unit ranked No. 58 in the nation (412.4 ypg) last year while playing most of the season without quarterback Taylor Martinez.

Lots of key personnel is back, including Ameer Abdullah, last season's Big Ten rushing leader, and quarterback Tommy Armstrong, who went 7-1 as a starter.

Q: Are you pleased with where QB Tommy Armstrong is in his development?
A: When we redshirted him in 2012, he had a knee injury about the midway point of the season and didn?t practice from the Northwestern game on. If you had told me he would be starting in Game 4 the next season, I wouldn?t have believed it. He won a tough game at Michigan, coming from behind and winning on the road. It showed good signs for us to build on.

He needs to cut down on his mistakes, but he was young. He needs to be better in making decisions and with ball security. That will be his biggest hurdle, to grow in the offense and know defenses. He understands if it?s a curl-flat combination. But his ability to adjust when things break down will be key and to making the correct play and not the bad play.

He made some bad plays last year, forcing things. I like what he brings. He is different from Taylor. He isn?t as fast or explosive. He?s developing as a passer and is a more physical runner. He is a good leader and has command of the team. He can handle pressure. But he?s his own worst critic. He can?t beat himself up over bad plays.

Q: Who is the backup quarterback?
A: Ryker Fyfe and Johnny Stanton are battling. Ryker knows the offense better and is more polished. Johnny is extremely talented and has as good an arm as anyone we have. He?s big, can run and is physical. It will be interesting to see who wins it.

Q: How will you keep four talented running backs happy?
A: A big goal is to find ways to get them on the field together. They all are talented. We have two speed backs in Terrell Newby and Ameer Abdullah. They have a perimeter game and can catch the ball. They can take it the distance. Imani Cross and Adam Taylor are bigger guys who can take hits; (they're) physical backs. It?s nice to have that depth because we probably will need it.

Q: Do you have the best set of receivers in the Big Ten?
A: I think they can be among the best in the Big Ten. We are pleased with Kenny Bell from the reports we get. He?s a senior. It has hit him. He wants to win. He wants to accomplish some things. If Jamal Turner can regain his sophomore form, he?s a threat. We lost Quincy Enunwa. Brandon Reilly, Alonzo Moore are coming back from injury. Moore is a lot like Bell, super-fast and may be a better route runner. He?s gonna be good for us. We also have Jordan Westerkamp ? a lot of guys. I like this group.

Q: Any worries about the line?
A: They have the most prove. It reminds me of where we were three years ago. We are talented. I like our guys. We are just young. We were decimated by injuries last year. It helped this group because they got a lot of practice and game time, like Zach Sterup. He played a lot more than we thought because of injuries to others. Givens Price was another guy who played. Chongo Kondolo is a JC guy we redshirted; a big-body guy. Alex Lewis is really good. He?s really good. He may be as good a tackle as we have had since I have been here. He?s really physical, is tough and can move. David Knevel is big and athletic. He?ll be an NFL guy. I like what we have, but we are just a little young.

Q: What type of run-pass ratio would you like?
A: We have been a run-first team and have been for a long time. I?d like to be more balanced than we are. Sometimes we get leads and settle in and maybe I get a little conservative.

Q: What will you miss most about Taylor Martinez?
A: His big-play ability, no question about it. He could go to the house any time. That will be missed by us. Ameer, Kenny, Jamal, Newby, they have the ability to be that kind of player. I?d like us to be more consistent, get five-, six-yard chunks in 10-, 12-play drives. Teams will dare us to pass. I know that. But that?s OK. Tommy has to show people he can do it. If we are calling it right, things will be OK.