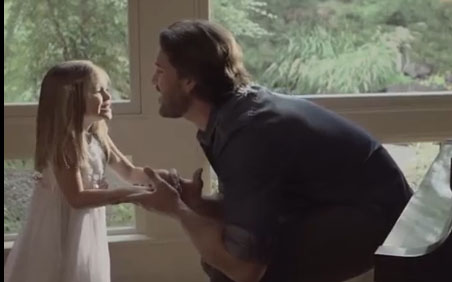 Former Minnesota and NFL tight end Ben Utecht, 33, is losing his memory as a result of concussions. A singer since his retirement in 2009, Utecht recently dedicated a song to his wife and three daughters. It's called "You Will Always Be My Girls," and it's an emotional song about a possible time when Utecht will no longer be able to remember his family. Watch the video in this post.

[ MORE: Get all of our popular Gone Viral posts ]

Talk about a powerful song. Utecht says he wrote it, both for his family and to give other families hope who are facing similar situations.

If you reached for a tissue while watching the video, there's this: The woman in the video is Utecht's wife, Karyn, playing herself.

All the best to Utecht and his family!