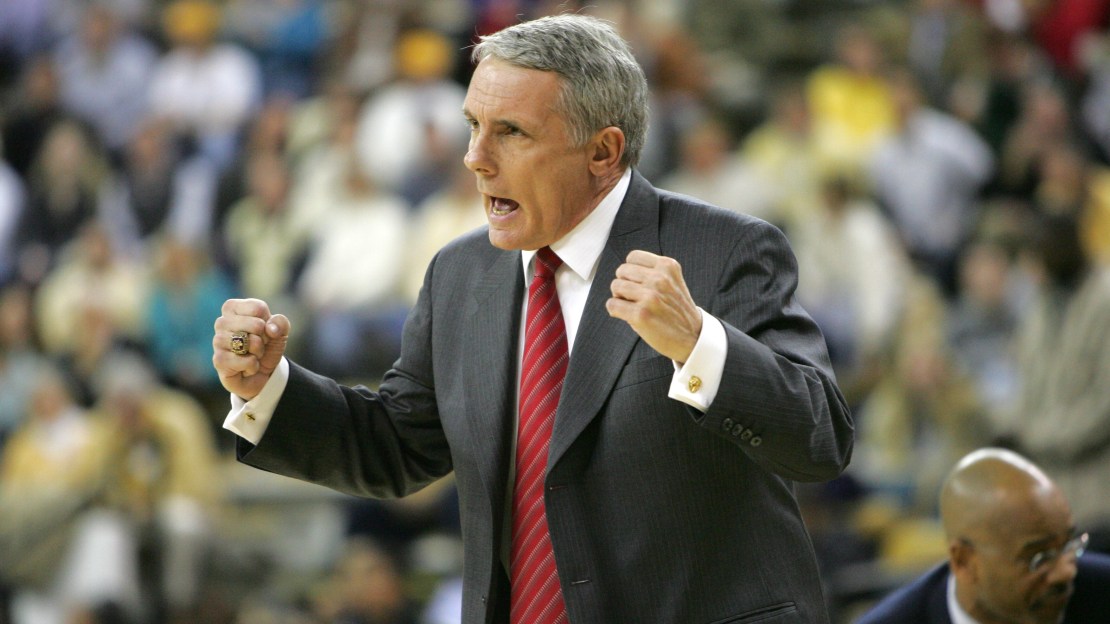 As a way of getting to know Maryland and to welcome it to the Big Ten, here?s a look at the top five basketball and football teams in school annals.

1. 2001-2002 (32-4). Expectations were high entering the season, as Maryland ranked No. 2 in the preseason coaches poll on the heels of an unexpected Final Four run. And Gary Williams? crew, a No. 1 seed in the NCAA tourney, won the national title game over Indiana behind the play of Lonny Baxter, Steve Blake, Juan Dixon, Byron Mouton and Chris Wilcox.

2. 2000-2001 (25-11). This squad set the table for the run to the national championship the next season. Led by Lonny Baxter, Juan Dixon and Terence Morris, this edition of the Terps propelled Maryland to its first Final Four. But once there, the No. 3 seed Terrapins fell to No. 1 Duke.

3. 1983-1984 (24-8). Lefty Driesell guided Maryland to a No. 3 seed in the NCAA tourney, losing by two points in the Sweet 16 to Illinois. Len Bias, Adrian Branch and Ben Coleman made this squad special, as Maryland won the ACC tourney for the first time since 1958.

4. 1973-74. This team didn?t win an ACC regular-season or tourney title despite having talent like Len Elmore, John Lucas and Tom McMillen. But it still is very well-regarded. In fact, many consider this to be the greatest team never to play in the NCAA tourney. The Terps had six future NBA picks and played what many consider to be the best game in ACC history-a 103-100 overtime loss to eventual national champ N.C. State and David Thompson. Maryland?s exclusion from the NCAA tourney was instrumental in the event expanding to add more teams beyond league champs.

5. 1957-58 (22-7). With Bud Millikan as coach, this squad won the program?s first ACC tourney, advancing to the Elite Eight and finishing No. 6 in the polls. The stunning march to the ACC tourney title included wins over No. 6 Duke and No. 13 North Carolina on back-to-back days. In the NCAA tourney, the Terps routed Boston College before falling to Temple and then beating Manhattan in the consolation game to secure third place in the East.

1. 1953. This was Maryland?s first season in the ACC. And the Terps made an impression by winning the national title, outscoring foes, 298-38, and notching six shutouts. QB Bernie Faloney led the way, being named conference player of the year. Jim Tatum was named ACC coach of the year, guiding Maryland to the Orange Bowl, where it lost to Oklahoma. But in those days, national championships were awarded before the bowls.

2. 1951. Maryland shared the Southern Conference title with VMI, capping a 10-0 season with an upset over No. 1-ranked Tennessee in the Sugar Bowl. At the time, however, the wire services released final rankings before the bowl games, and Maryland finished third in the Associated Press poll.

3. 1976. Jerry Claiborne guided the Terrapins to an 11-1 mark, culminating the season with a loss to Houston in the Cotton Bowl to ruin a perfect season. Along the way, Maryland won a third consecutive ACC championship.

4. 1955. Jim Tatum coached Maryland to a 10-1 mark and the ACC crown. Just like in 1953, however, the unbeaten season was ruined by a loss to Oklahoma in the Orange Bowl.

5. 2001. Ralph Friedgen led Maryland to a shocking season, forging a 10-2 mark, ACC title and trip to the Orange Bowl. It was the Terps? first ACC crown since 1985. Linebacker E.J. Henderson was the team?s leader.