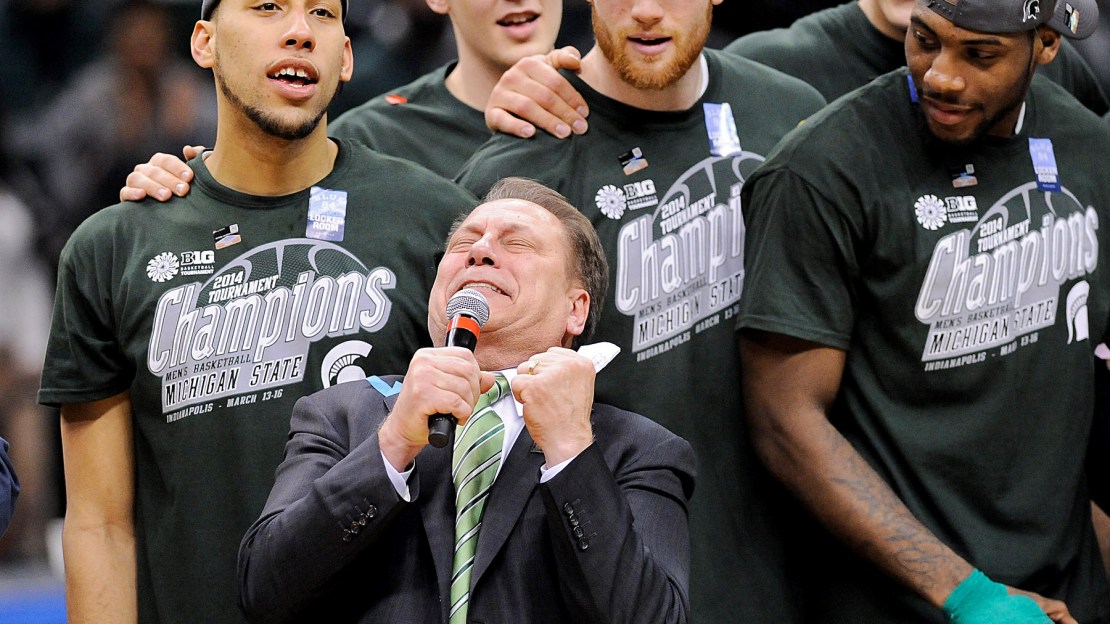 It was only a matter of time before ESPN.com's countdown of the top 50 men's basketball coaches reached Michigan State's Tom Izzo. It did on Wednesday, with Izzo earning the No. 3 spot. Barring a huge surprise – don't hold your breath – Izzo is the seventh and final Big Ten coach on the list. See all the Big Ten coaches who made the cut in this post.

Not bad. Think of it this way: Half of the Big Ten coaches are included, and that's counting Maryland and Rutgers, which have yet to play a Big Ten game. Perhaps more impressive, though, is the fact the conference accounted for three of the top nine coaches.

Biggest snub: Tom Crean, Indiana. No doubt, Indiana's NCAA-less 2013-14 season played a big role in keeping Crean off this list. Fact is, Crean deserves to be on this list, what with the Final Four at Marquette and the rebuilding of Indiana, which he led to the 2013 Big Ten title and to back-to-back Sweet 16 appearances.

Too high: Richard Pitino, Minnesota. Not taking anything away from Pitino or the job he did in leading Minnesota to the NIT title, but inclusion on this prestigious list seems a bit premature. Does one so-so season in your first season in a major conference really merit top 50 billing? It's a fair question. Down the road, yes, Pitino figures to be a shoe-in for these countdowns.

Too low: Thad Matta, Ohio State. Matta always seems to be underrated. All he does is recruit, compete for the Big Ten title on an annual basis, save his best for March and churn out quality NBA talent. Basically, it's difficult to believe there are 19 coaches better.