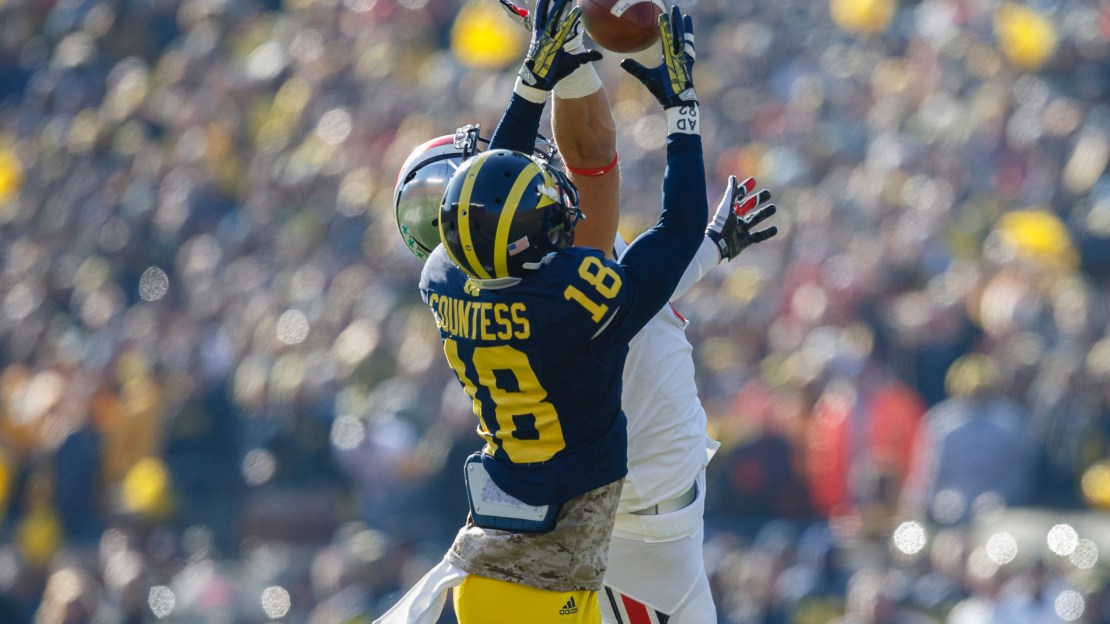 Michigan's official Twitter account, @umichfootball, tweeted out a link of the Wolverines' updated 2014 football roster earlier today. Most noticeable on the roster is that redshirt junior cornerback Blake Countess will wear No. 2 this season. He previously wore No. 18.

[ MORE: Where does Michigan Stadium land on Athlon Sports ranking? ]

Of course, No. 2 belonged to former Michigan Heisman Trophy winner Charles Woodson, who played for the Wolverines from 1995-1997 and helped lead them to the 1997 National Championship.

Just this past season, Devin Gardner, Jeremy Gallon, Devin Funchess, Jake Ryan and Desmond Morgan were presented with the school's "legacy jerseys" in honor of former Wolverine greats. While Woodson's No. 2 is not considered a "legacy jersey," Countess will be just the third defensive player to wear the number since Woodson.

Countess is one of the top returning defensive backs in the Big Ten this season. He was named first team All-Big Ten last season by the media after recording 46 tackles and six interceptions, one of which was returned for a score.

Incoming freshman Jabrill Peppers, who was also believed to be a candidate to wear the No. 2 jersey, will sport No. 5 this season, which is the same number he wore in high school at Paramus (N.J.) Catholic.