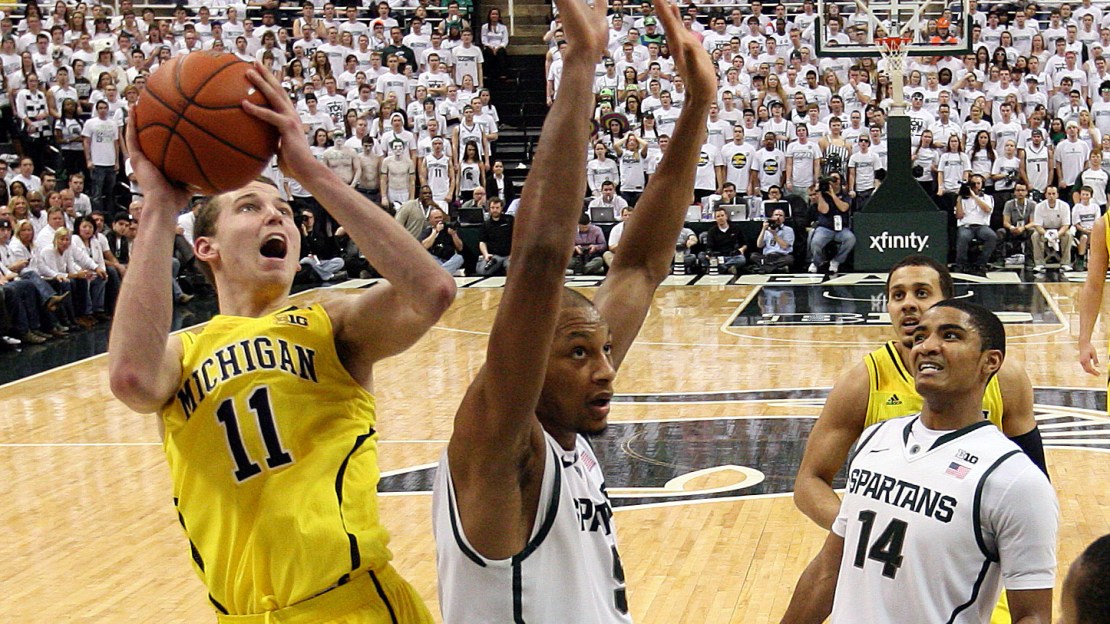 Times have changed since the old days, but we still seem surprised when rival player fraternize. It happened when Taylor Lewan and Ryan Shazier dined together, when Gary Harris and Glenn Robinson III worked out together, and now there's another example – easily the most random of the bunch.

On Thursday, Adreian Payne posted a picture to Instagram of him and former rival Nik Stauskas shopping for a new watch. The message of the photo read: "Out watch shopping with @nikstauskas11 we aways spending money???"

As I said, random. But, hey, both players are likely first-round picks in next month's NBA draft.

Have you ever noticed there's a common theme to these "fraternizing" examples? Yep, the rivals publicize their hanging out after their college careers. Naturally.

Whatever the case, this will probably upset some Michigan and Michigan State fans – perhaps the latter more so. Stauskas, after all, was one of the more polarizing Big Ten athletes. Remember, he blew a kiss to the Breslin Center crowd after a big rivalry win this winter.