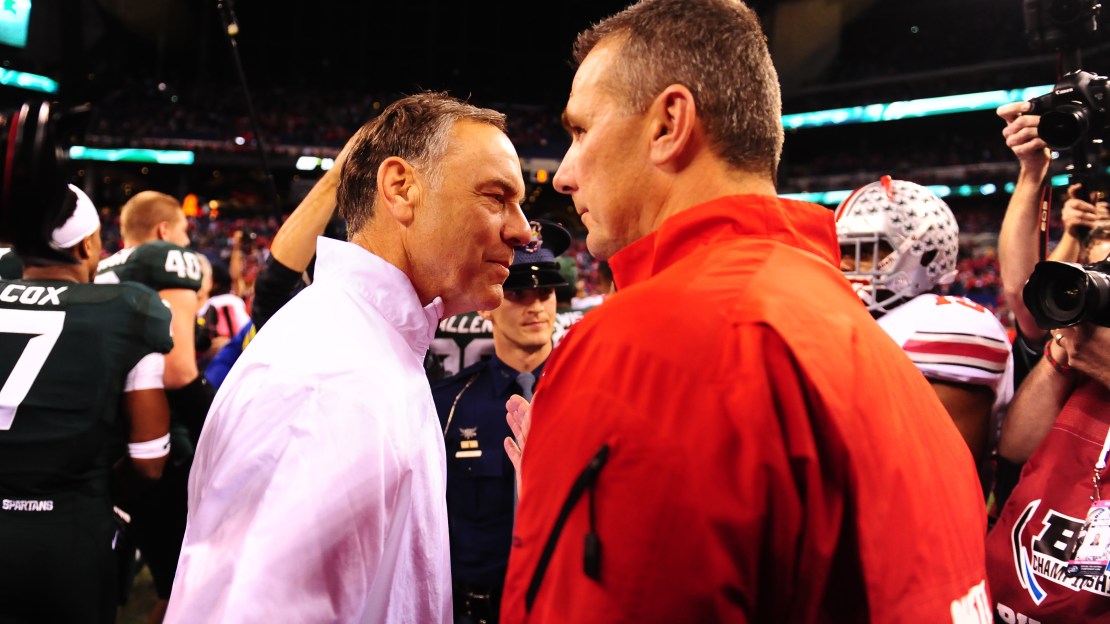 Two Big Ten coaches land in the top 10 of SportingNews.com's 2014 ranking the coaches. To little surprise, it's Urban Meyer (No. 3) and Mark Dantonio (No. 9). For the curious minds, former Michigan State coach Nick Saban and Steve Spurrier top the list. See what the site says about Meyer and Dantonio, plus see where they rank the rest of the Big Ten's 12 coaches, in this post.

As good as it looked for Meyer the first 24 games at Ohio State, it was far from complete in the final two games of 2013. But don?t let the losses to Michigan State or Clemson fool you: he?ll win big at Ohio State. It?s only a matter of time before he wins another national title.

Dantonio was going to work hard at Michigan State; he was going to recruit and develop players and have his teams ready to play. But that one insult from former Michigan star Mike Hart - the ?little brother? remark - pulled everything together and galvanized Dantonio?s message. Since that Michigan game and the little brother comment in 2007, the Spartans are 59-24 (5-1 vs. Michigan) and have become a national power.