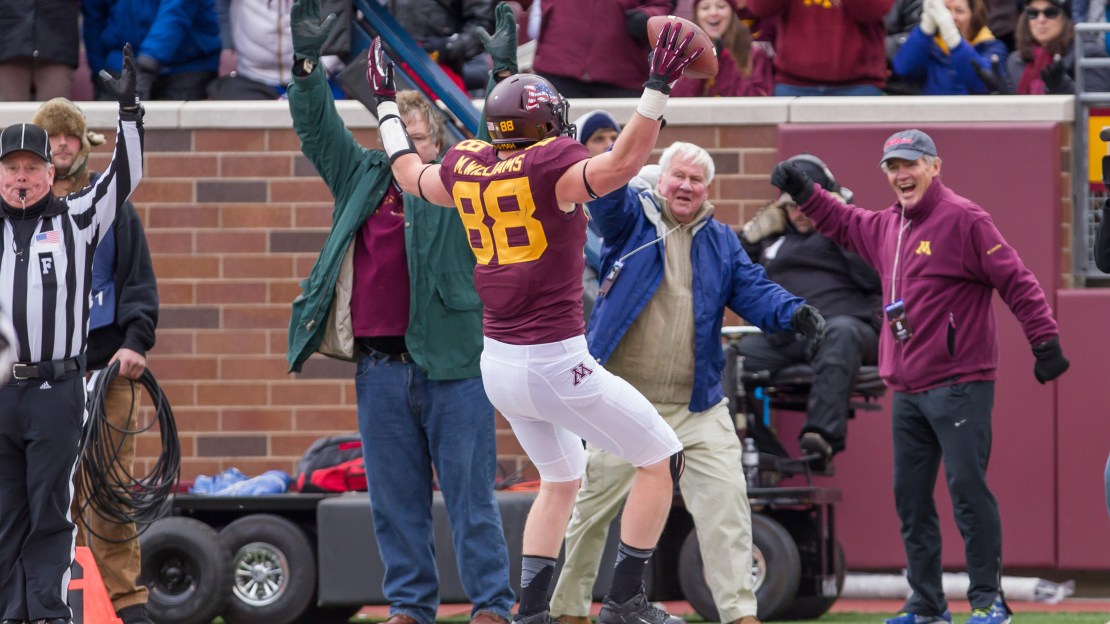 Spring football is nearing a close. There are three more spring games Saturday (Iowa, Michigan State, Rutgers), and that will mark the end of the Big Ten's spring season. With most eyes already on the 2014 season, I decided to rank my top five offensive players (I took some liberties with that number) who should be receiving more attention entering the season.

1. Indiana quarterbacks. Whether it's Tre Roberson or Nate Sudfeld, or a mixture of the two, under center, the Hoosiers figure to feature the Big Ten's elite offense. The two signal-callers combined for 3,651 passing yards, 36 TD and 13 INT last season, to go along with 389 rushing yards and six more scores. It's crazy to think what one of these guys would do as the undisputed guy. As it is, worst case, the duo will continue to share duties and produce eye-popping statistics that dwarf the numbers of many of the nation's elite quarterbacks.

2. Josh Ferguson, RB, Illinois. The Big Ten is loaded with talented running backs, what with Ameer Abdullah, Tevin Coleman, Melvin Gordon, Jeremy Langford and Venric Mark, to name a handful. That being the case, Ferguson figures to fly under the radar, again, this season. He shouldn't. The rising junior is the Big Ten's elite pass-catcher out of the backfield (50 rec., 535 yards & 5 TD in 2013), plus he isn't too shabby as a runner (141 car., 779 yards, 7 TD). Ferguson's ability to make plays as a receiver gives Bill Cubit's offense a wrinkle opposing defenses aren't used to seeing every week.

3. Penn State running backs. A lot like No. 1 on this list, Bill Belton, Akeel Lynch and  Zach Zwinak are underrated because they chip into the each other's production. Well, guess what? The already strong committee, which totaled 2,335 yards and 20 TD, also must compete with looks to be growing by one (Chip Chiappialle). The good news: Penn State's backs will be fresh when their number is called – and they'll certainly benefit from all the different looks (Wildcat, maybe?) this unit can give defenses.

4. Maxx Williams, TE, Minnesota. What Williams did as a freshman, especially with the highly unproductive quarterback tandem of Mitch Leidner and Phillip Nelson, is pretty amazing. Think about it, he averaged 16.7 yards per catch on his way to amassing 417 yards and five TD. Not bad. Now, while he still doesn't have an out-of-this-world quarterback or proven receivers on the outside, he should benefit from the extra year of experience. Also, in Leidner, he'll be working with the same quarterback all year long.

5. Corey Clement, RB, Wisconsin. Clement is a beast, and he showed it last season when given the opportunity. Incredibly, the No. 3 back amassed three 100-yard efforts and finished with 547 yards and seven scores on just 67 carries. The 100-yard games came vs. UMass, Tennessee Tech and Indiana, admittedly, but it's hard not to be sold on Clement, who will receive a bulk of the carries that were reserved for James White last year. It's going to be fun to see what Clement can do with, say, 13-to-15 carries a game.